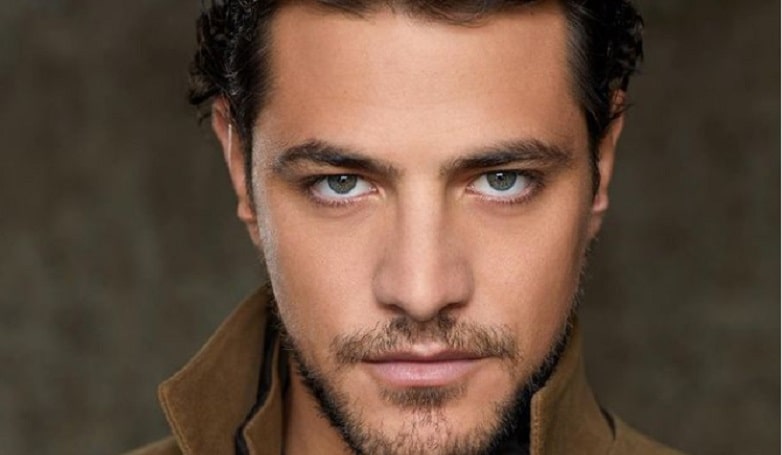 Italian-born American actor Alberto Frezza is notable for his appearance in the Freeform drama series Dead of Summer where he appeared as Deputy Garrett Sykes. The Station 19 star is also a proficient director and environmentalist. The 32-years-old actor’s parents were born in Ethiopia.

Age: Who Is His Father?

Alberto Frezza was born in Milan, Lombardy, Italy to his Ethiopian-born parents. His father, Adalberto raced cars since he was in his twenties and since he had three children. Alberto was raised in Addis Ababa, Ethiopia, where he came together with his Italian parents and sister, Greta when he was one month old.

At the age of 15, Frezza left Ethiopia, again came to Italy to attend high school. The actor was an aspiring professional soccer player at a young age but after watching the film Stand By Me, he developed a passion for acting. Further, Frezza attended the New York Film Academy from where he graduated with the Acting for Film program.

Illness and Health Update In 2022

Back in 2021, the Station 19 cast went on his social media account and revealed that, he had been diagnosed with cancer in June 2020 and that he had undergone chemo treatment at the National Tumor Institute in Milan. After his treatment, Frezza created a Roar Against Cancer fundraiser to fund cancer research.

Now, he has fully recovered and is back in the acting field. His upcoming project is Miles Away where he is coming as Donald. It is still in the post-production phase which will release soon after its completion.

Wiki-Bio: Take A Look At His Carrer

Alberto made his debut on the big screen by appearing as Tom in the short film, Pills. After two years of his debut project, Frezza appeared in Tell My Heart How and The Shorts Show. The actor got more into the spotlight after he landed the part of Wyatt Rice in the tv series, Charlie’s Angels.

In 2016, Alberto emerged as Deputy Garrett Sykes in the Freeform drama series Dead of Summer in all of the show’s 10 episodes. Not only that, he starred in Criminal Minds as William Lynch alongside A. J Cook, Adam Rodriguez, and Brian Hallisay. In 2018, the Charlie’s Angels cast became a regular in Grey’s Anatomy spin-off television series Station 19.

In the years 2020 and 2021, Frezza starred in The Flight Attendant and A Godwink Christmas: Miracle of Love. The 6 feet tall actor was also nominated for Eyecatcher Film Festival Award in 2018 for the category of Best Actor in Excuse.

Alberto Frezza Wife: Is He Dating Someone?

Currently, the Criminal Minds cast seems to be single as he has not talked about his love life openly. Also, he is not involved in controversies regarding his partner or girlfriend. So, it is clear that Alberto is a private person who loves keeping his personal life far from the public’s eyes.

The Station 19 star has starred alongside various female artists with whom he looks cute. But his real-life partner is missing, but he may get one in the future. At the present time, Frezza is having a good moment with his family and he is pretty close to his beloved sister. His sister can be followed on Instagram as @gretafrancescaiori.

Frezza Has A Net Worth In Millions

The talented actor has collected a good sum of money from his profession and active involvement in the showbiz industry. As per sources, Alberto Frezza’s net worth is reported to be around $2 million. No doubt, the actor has gathered a decent fortune with his appearance in different films and television series.

Furthermore, he is also a director, and the average pay for an American director is $79,482 per year. Apart from earning from his work in the entertainment field, Frezza might get some profit from endorsement deals. According to the Influencer Marketing Hub, he charges around $360.75 – $601.25 for a single post on Instagram where he has accumulated over 119k followers.