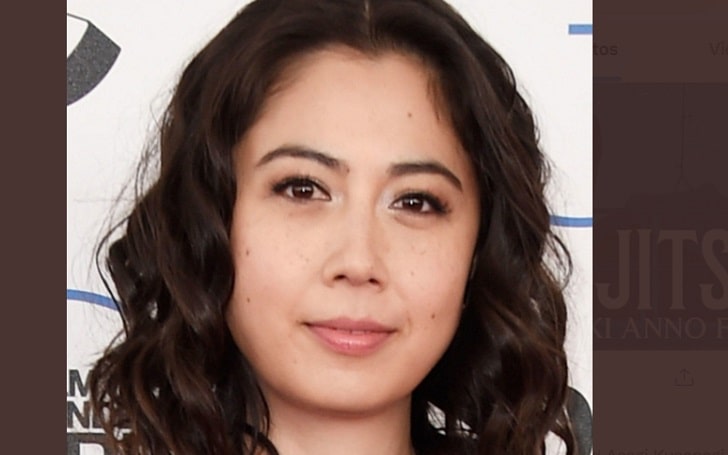 Ayako Fujitani is an established Japanese actress and writer who is famous for her appearance in Mozart in the Jungle as Yuki Sakamura. Apart from her professional life, the 42 aged actress is doing good in her personal life and is married to her husband Javier Gullón, with whom she has a daughter.

Age and Early Life: Her Siblings And Parents Details

Ayako Faith Fujitani was born on December 7, 1979, in Osaka, Japan. She is the daughter of well-known American actor Steven Seagal and his first wife, Miyako Fujitani. Her mother is a martial arts instructor. Fujitani holds Japanese nationality and stands at the height of 5 feet 4 inches.

Ayako has her brother Kentaro Seagal, a talented Japanese actor famous for his appearance in Osaka Story, Seamless, and Death Trance. Apart from that, she has five half-siblings Annaliza, Dominick, Arissa, Savannah, and Kunzang Seagal from her dad’s side.

Take A Look At Her Professional Career

As a teenager, Fujitani also resided in Los Angeles, studying acting and filmmaking. Not only that, she learned the English language and can fluently speak English which helped her be a proficient writer. She started her career by writing for the Japanese magazine Roadshow. And Fujitani came into prominence when her novellas Touhimu (Flee-Dream) and Yakeinu (Burnt Dog) were published.

Moreover, she has established her name in Japan of fiction and non-fiction. Further in collaboration with the writer and director Hideaki Anno, Ayako adopted Touhimu into the movie Shiki-Jitsu in 2000. Apart from that, the star kid made her on-screen debut in 1995 by appearing in Gamera: Guardian of the Universe as Asagi Kusanagi.

Besides, she has also starred in various films, including Gamera 2: Attack of the Legion, The Patriot, Gamera 3: Revenge of Iris, Kyaputen Tokio, Death of Domomata, A Chorus of Angels, Man from Reno, The Lion Standing in the Wind, and many more.

And Ayako got more recognition after landing the role of Kyoko in the tv series The Last Ship. The Ritual cast was also portrayed in Mozart in the Jungle in 2018.

Some online sources estimate that Japanese actress owns a net worth of around $1 million. But the Idol Net Worth says her net value is $12 million. The star kid definitely makes a decent sum through her acting venture. Not only that, she is a writer and director. So, the Last Ship star has surely added a good sum of money to her bank account.

In Japan, the moderate pay for an actress is $98489.85 per year, and the writer earns around $56678.88. As a writer and actress, Ayako must have earned in the same range. Likewise, she has experience working as a director, and the average pay for a director in Japan is $8478.13. The Doors actress also appeared in Gamera 3: Revenge of Iris, which collected the box office of $15 million.

On the other hand, Fujitani might make some gains from sponsorships. In addition, her father, Steven, is counted on the list of richest actors as he has a massive fortune worth over $16 million. He has worked in numerous hit films together with Andre Tricoteux which helped him acquire good profit.

The Mozart in the Jungle actress is a married woman and her husband is Javier Gullón. Having been married in 2016, the pair have already been together for five years. Not to mention, her husband, Javier, is a Spanish screenwriter who earned a Canadian Screen Award nomination.

The couple reportedly has two daughters. Their first child is Sumimo, while their second child, Tora, was born on December 6, 2016. Ayako has not talked much about her younger daughter openly. But she shares some snaps of them via her Instagram handle, where Ayako is registered as @ayakofujitani.