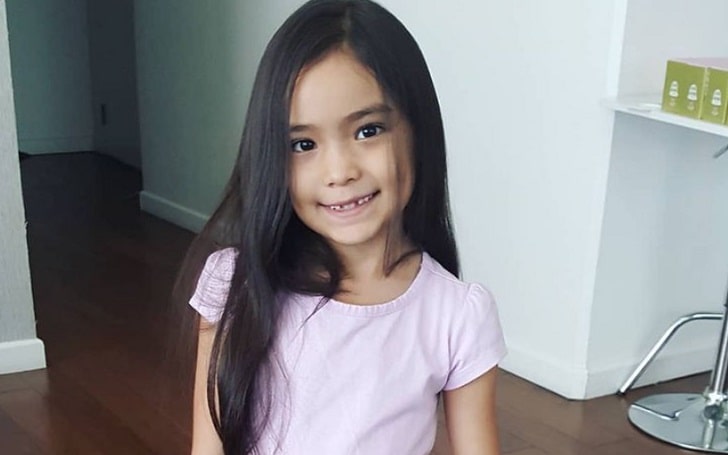 Angelee Vera is an American child actress who gained acclaim in the industry at 9. She is widely famous for her portrayal as Rosa in the tv series Dhar Mann. The talented young actress has also performed in various theatre plays, and her parents have a huge role in her success and achievements.

What Is Her Age? Father And Mother

Angelee Merik Vera was born on September 18, 2012, in the United States of America. She is currently nine years old. Her parents, Armando Rey and Jovanna Vidal raised her alongside two sisters Yenaib K Vera and Jayleen Vera. All the siblings are passionate about pursuing a career in the entertainment industry.

Vera’s dad Armando owns a home improvement company. He is also an actor represented by Alvarado Rey in Los Angeles and Stars The Agency in San Francisco. Likewise, her mother, Jovanna, is a television host and engaged in showbiz.

The young American actress has worked in the entertainment field for a few years but has gained widespread recognition for her amazing acting skills. She debuted on the big screen by landing the role of Royal Flower girl in And They Lived in 2018. In the same year, Vera also appeared in Con. From 2019 to 2020, the child actress played in movies like The Year I Did Nothing, The Divisible, Leveling Up, and Tiger Within.

Her television debut came in 2019 when she landed the role of Rosa in the tv series Dhar Mann. As per her IMDb profile, Vera is working on her new project called Another Birthday for My Love and God & Salsa. Similarly, she has appeared in Wonderoos: Holiday Holiday! In addition, the Dhar Mann alum is represented by Actor’s Alliance Group (AAG) Talent Agency.

How Rich Is Angelee Vera? Net Worth & Income Details

The 4 feet 3 inches tall actress has amassed a considerable fortune to her name from her work in the industry. Vera has worked in several films that have surely helped her earn good profits. Our speculation says her net worth is somewhere between $100,000 to $500,000. And as an actress, Vera might receive $21.88 an hour as it is the average pay for the respective job.

Not to mention, Angelee has also done some commercial and voice works. And the moderate pay for a voiceover artist in the United States is $76297 a year. Meanwhile, her other sources of income come from brand endorsement and sponsorships. In addition, Vera has collected over 28.9k followers on Instagram, and she makes $153 – $255 from a single sponsored post on the respective platform.

On the other hand, the Tiger Within cast has a YouTube channel from where she might make a decent fortune. No doubt, her net value will be in the six figures in the future as the actress is still working actively in the showbiz industry.

Does Vera Have A Boyfriend?

No, Angelee Vera does not have a boyfriend. The Leveling Up cast is just 9 years old and is pretty young to get involved in romantic affairs. Besides, Vera is focused on her acting career and study at the moment. She is also under her parents’ guidance.

Not only that, her Instagram account is monitored by her parents. Furthermore, Vera loves spending time with her family. She has also worked with various figures, including Ayden Mekus.