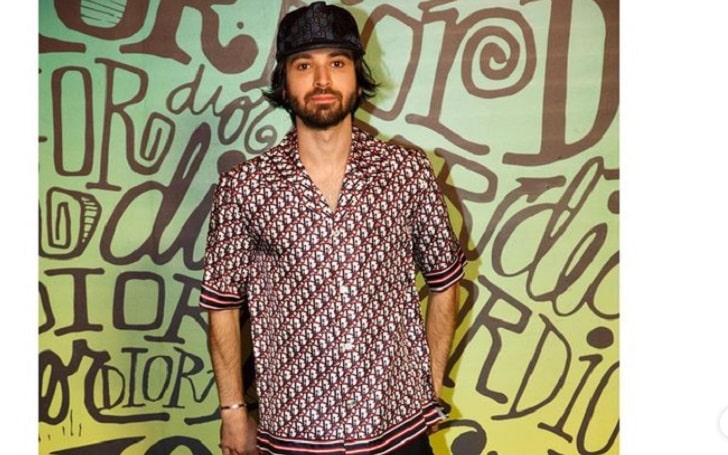 Adam G. Sevani is a talented American actor and model who gained media prominence after showing off his insane dance moves in the Step Up franchise, portraying the role of Moose. Apart from his acting work, the Los Angeles, California native grabbed international recognition when he was rumored to have a relationship with Miley Cyrus.

Born on June 29, 1992, Adam Manucharian holds an American nationality and has a mixed ethnic background of Armenian & Italian. The 29 years old actor is the youngest child of his parents, Gagik Sevani-Manucharian and Edita Manucharian.

The actor grew up in Los Angeles, California, USA, alongside his older brother Vahe “V” Sevani. For his schooling, Sevani attended Ribet Academy, and after that, he went to New York University to pursue his bachelor’s degree.

A Look At His Professional Career

Adam has an impressive portfolio as a dancer. He has appeared in various music videos, including Breathe, Stretch, Shake, and Church. The talented dancer has also choreographed for NLT’s music video for Karma. Likewise, he performed as a backup dancer for Kevin Federline’s performance on the Teen Choice Awards in 2006. And Sevani was also featured in a tribute video to Michael Jackson’s 25th Anniversary Thriller video in November 2008.

Since 2002, Sevani has worked actively as an actor and has landed a major role in various television series & films. In 2002, his debut project came when Sevani portrayed the part of St. Benedict Student in the tv series, The Emperor’s Club. Following year, he was also a part of Learn to Hip Hop: Volume 2.

His other works can be seen in FLY KIDZ, Superbad, Rob Dyrdek’s Fantasy Factory, The First Time, LOL, Lucifer, and Wonder Park. Moreover, Adam has worked with Joe Lo Truglio and Martha MacIsaac.

People began recognizing him when Sevani appeared in Step Up 2: The Streets as Robert “Moose” Alexander III in 2008. Likewise, he later starred in Step Up 3D (2010), Step Up Revolution (2012), and Step Up: All In (2014). In addition, the respective project became the turning point of his acting career.

Does Adam G. Sevani Have A Wife?

Maintaining a low profile life, Adam is leading single life, and there is no news regarding his current lover. His recent social media post shows him enjoying his moments exploring different places. The LOL cast was formerly linked with various ladies, including the famous American singer Miley Cyrus.

In 2008, they were spotted enjoying a bike ride. Later, they separated as Cyrus began dating Liam Hemsworth. Additionally, he has appeared alongside Miley in LOL (Laughing Out Loud).

Apart from that, Sevani dated Montana Tucker in 2008, but their relationship couldn’t last long. At one point, the FLY KIDZ was rumored to be dating Alyson Stoner. It was just a rumor as they did not talk or confirm their relationship. Further, Sevani has an Instagram account as @adamsevani, from where he might share his details in the future.

The First Time alum has garnered a good amount of money from his multiple works as an actor and dancer. According to Celebrity Net Worth, Adam G. Sevani’s net worth is around $1.5 million. The dancer has accumulated good fortune but prefers to lead a nominal lifestyle. As an actor, Sevani might earn $50782 as it is the average salary of an actor.

Moreover, the dancer in the United States has an average salary of $18.87 per hour. So, Sevani might have wages in the same range. Likewise, the dancer has 1 million followers on his Instagram account, and he earns $2,023.5 – $3,372.5 from a single sponsored post on the respective platform.