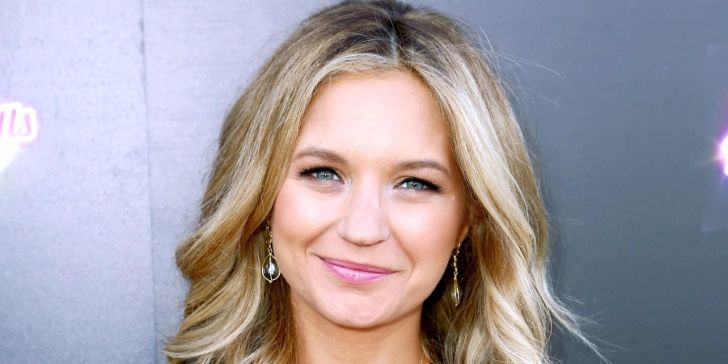 Professional since 2003, Vanessa Ray is an American actress and singer best known for the role of CeCe Drake on the mystery web series Pretty Dirty Secrets. She is also famous as Charlotte DiLaurentis on the teen drama mystery thriller TV show Pretty Little Liars (2012-2017).

Similarly, the actress is also recognized for her appearances in movies and series like Frances Ha, Mutual Friends, As the World Turns, Damages, Suits, The Mentalist, Blue Bloods, and others.

As per the Celebrity Net Worth, Vanessa Ray has an estimated net worth of $3 million in August 2020. The multi-talented figure earns hundreds of thousands of salary from her acting and singing career.

Vanessa Ray began his acting career appearing in musicals like Footloose and Finding Nemo: The Musical. After that, she made a cinematic debut playing the role of Chris in the short video The Sparky Chronicles: The Map in 2003.

The next year Ray was featured in the short film Is He… Then, she appeared on the TV series The Battery’s Down from 2008 to 2009. She also acted in movies and TV shows such as Finding Chance, Nice Guy Johnny, Trust Me, Bored to Death, As the World Turns, Damages, White Collar, and Nurse Jackie.

Moreover, 5 feet 4 inches star played a vital role in films and series like The Last Day of August, Mutual Friends, Devil’s Due, Frances Ha, All in Time, The Rumperbutts, Pretty Dirty Secrets, Pretty Little Liars, The Mentalist, and Best-Selling Murder.

Since 2013, Pretty Little Liars star is playing Officer Edit “Eddie” Janko-Reagan on the TV series Blue Bloods along with Will Estes, Tom Selleck, Amy Carlson, and many more.

Is Active On Any Social Media?

Prior to this, The Mentalist actress Vanessa walked down the aisle with Derek Baynham on March 23, 2003. After living 6 years together, the pair divorced in 2009.