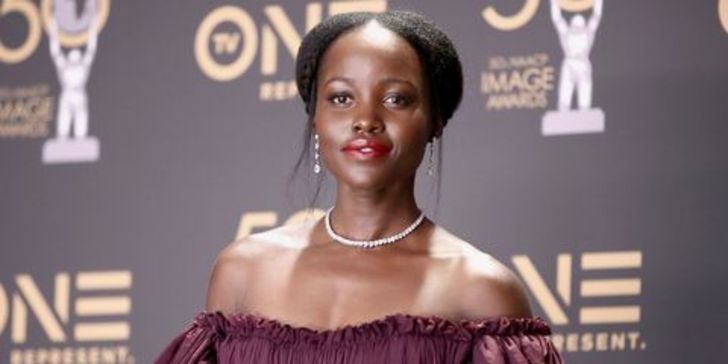 What Is The Net Worth Of Actor Lupita Nyong’o?

Similarly, her other notable acting credits include Shuga, Star Wars sequel trilogy (2015–2019, The Jungle Book, and Us. She is worldwide famous for portraying Nakia in the MCU superhero movie Black Panther.

According to the Celebrity Net Worth, Lupita Nyong’o is worth $8 million. On the other hand, The Richest claims that she has an estimated net worth of $500,000.

Lupita began her acting career with several school plays. She made her professional debut playing Juliet in Romeo and Juliet in the largest and oldest repertory theatre company Phoenix Players at the age of 14.

Likewise, in Hollywood Nyong’o started her career as a production assistant. Eventually, she made her acting debut with the 2008 short film East River. From 2009 to 2012, she appeared in the TV series Shuga.

Some of her other notable acting credits include movies and television series like Star Wars sequel trilogy, Shuga, Americanah, Nature Is Speaking, Queen of Katwe, Little Monsters, Black Is King, and Us. In 2016, she also gave her voice to the lead character as Raksha in The Jungle Book.

Besides that, 5 feet 5 inches tall star wrote a children’s book titled Sulwe (2019). The book even became No.1 New York Times Best-Seller. Likewise, the same year, she narrated the Discovery Channel docu-series Serengeti. For that, she received a Primetime Emmy Award nomination for Outstanding Narrator.

Black Panther star Lupita is a WildAid global ambassador for elephants. She supports charities such as the African Wildlife Foundation, American Association of Retired Persons, and David Sheldrick Wildlife Trust.

Besides that, Nyong’o also donates to the foundations like GLAAD, Motion Picture and Television Fund Foundation, and Save the Elephants.

Lupita Nyong’o was born Lupita Amondi Nyong’o on March 1, 1983, in Mexico City, Mexico. Her father, Peter Anyang’ Nyong’o is a Kenyan politician while the mother is Dorothy Ogada Buyu. She has a brother named Peter Nyong’o.

Talking about Lupita’s education, she received an IB Diploma from St. Mary’s School in 2001. She attended Hampshire College and graduated with a degree in film and theatre studies. Also, she went to the Maisha Film Lab and Yale School of Drama.

Academy award winner Nyong’o has kept her personal life confidential. To date, she has never disclosed any information regarding her boyfriend and partner. Thus, it seems that she is single as of September 2020.

Prior to this, Shuga actress Lupita’s name was linked with several celebrities. There was a rumor that she was her dating her Black Panther co-star Michael B. Jordan.

Also, The Jungle Book star was also said to be in a romantic relationship with Chiwetel Ejiofor and Michael Fassbender. Likewise, her name was also linked with Jared Leto and K’Naan.