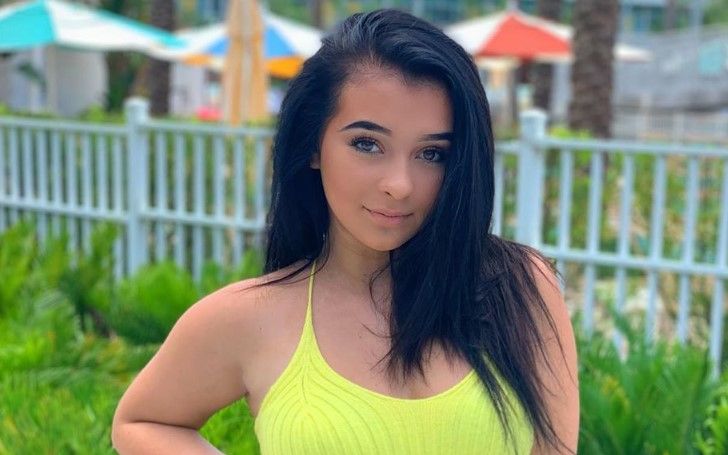 Danielle Cohn, 16, is an American singer and internet personality and who rose to fame with her 15 seconds videos on video-sharing app Musical.ly. As a singer, she has released few popular songs including Marilyn Monroe, Fix Your Heart, and Hate on the Summer.

Danielle Haleigh Cohn was born on 7th March 2004 in Florida, the United States of America to Jennifer Cohn. Likewise, her birth sign is Pisces, and is 16 years old as o 2020.

She is an American as per her nationality. Cohn grew up alongside her sibling Chad Cohn. Besides this, information regarding her education is not revealed.

According to Celebrity Net Worth, Cohn’s net worth is $2 million as of late-2020. She pockets her million dollar fortune from her self-titled YouTube channel as well as her singing career.

Likewise, as per Influencer Marketing Hub, Cohn can make in between $9,440 to $15,733 per paid/sponsored post from Instagram.

Cohn grabbed both public and media attention in 2017 with her first single Marilyn Monroe. In addition, she garnered a huge fan following on the video-sharing app musical.ly.

Besides, she was nominated for a Teen Choise Award for Choice Muser in 2017.

As a singer, she has released songs like Fix Your Heart, Little Like Paradise, California Time, Mi Amor, Foolish, Bailamos, and many more.

Moreover, she has also worked as a model for several brands like Fashion Nova and Target.

The 16-year-old singer is currently in a relationship with Mikey Tua. The couple began dating in early 2020.

Prior to this, she was romantically involved with fellow TikTok star Ethan Fair. She was also linked with Sebastian Topete.

Recently an audio of Cohn’s mother saying “Danielle had an abortion” was leaked on the internet. Cohn confirmed the news back in January with her video “The Truth About My Abortion”.

Later, it was revealed that the audio was leaked by her “best friend of five year”. She also added that she was sickened and beyond hurt by her best friend’s action.