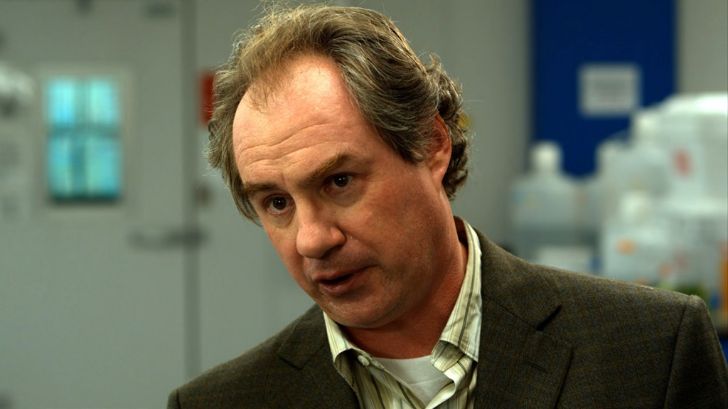 How Much Is The Net Worth Of Actor John Billingsley?

American actor John Billingsley is best known for the role of Dr. Phlox on the TV series Star Trek: Enterprise (2001-2005). He is also famous for his appearances in the Out of Time, The Man from Earth, The Nine, True Bloods, and The Left Right Game.

In his over three-decade-long career, John Billingsley has an estimated net worth of $1 million. As per the reports, the average salary of an actor in the USA is $52,000.

John Billingsley started his acting career in 1988 with the film Seven Hours to Judgment. After that, in 1990, he appeared in movies, I Love You to Death and Shredder Orpheus.

From 2001 to 2005, John starred as Dr. Phlox on the television series Star Trek: Enterprise along with Scott Bakula, Jolene Blalock, Linda Park, Dominic Keating, and earned the popularity. Likewise, he featured in the films and TV shows like Born to Be Wild, Almost Live!, The Practice, Felicity, The X-Files, The Nine, and The Sky’s on Fire.

Additionally, Star Trek: Enterprise actor played Chae in the film Out of Time in 2003. His other notable acting credits include movies and television series like Homecoming, Shameless, The Circuit, Lucifer, The Last Word, Masters of S**, TURN: Washington’s Spies, Twin Peaks, True Blood, The Bridge, Intelligence, Drop Dead Diva, 24, and many more.

Billingsley acted as Stan Jacobson on the TV shows Suits along with Michelle Fairley, Abigail Spencer, Stephen Macht, and Malcolm-Jamal Warner between 2011 to 2014. Besides that, True Blood star also provided her voice to various characters in videogames, Ultimate Spider-Man, and Superman Returns.

John Billingsley was born on May 20, 1960, in Media, Pennsylvania, USA. Before his family was settled in Weston, Connecticut, the actor grew up in Huntsville, Alabama, and Slidell, Louisiana.

5 feet 10 inches tall John Billingsley is married to actress Bonita Friedericy. His wife saw him performing in a stage production of the novel Great Expectations and since then she was interested in him.

The couple together appeared in an episode of the TV series Star Trek: Enterprise in 2003. There are many other productions in which the duo has appeared together.