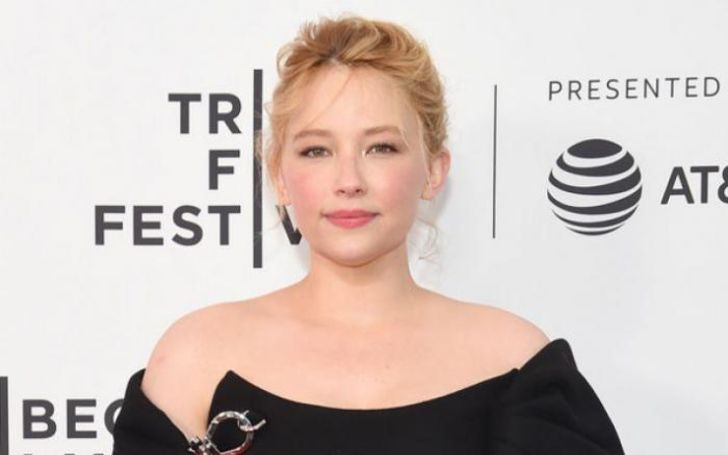 What Is The Net Worth Of Actress Haley Bennett?

Famous for playing Cora Corman in her debut film Music and Lyrics (2007), Haley Bennett is an American actress, singer, and dancer. Similarly, in his over a decade-long career, the actress has contributed hit movies like The Girl on the Train, The Magnificent Seven, The Haunting of Molly Hartley, and Thank You for Your Services.

According to the Celebrity Net Worth, Haley Bennett has an estimated net worth of $2 million in 2020. She earns hundreds of thousands of salary from her acting, singing, and dancing career.

Also Read: Who is Bruno Campos Wife? His Net Worth, Movies, Ethnicity, and Career

Haley Bennett is active in the entertainment industry since 2007. She got a huge break after she earned the role of pop Cora Corman for her debut movie Music and Lyrics. For the film, she sang several songs including Buddha’s Delight and Way Back into Love.

After that, Haley signed a three-picture deal with Warner Bros and starred in movies, College, and The Haunting of Molly Hartley. Eventually, in 2014, she played the lead in a thriller film Kristy.

The next year, Bennett portrayed Estelle in science fiction action movie Hardcore Henry along with Sharlto Copley, Danila Kozlovsky, Svetlana Ustinova, and Tim Roth. Some of her notable acting credits include Marley & Me, The Equalizer, The Magnificent Seven, The Girl on the Train, Rules Don’t Apply, Swallow, and The Red Sea Diving Resort.

Her 2020 onwards post-production acting credits include movies, The Devil All the Time, and Hillbilly Elegy. Furthermore, 32 years old star has also acted in short films like Passage, Lowlight: A Wonderful Lie, LP: Into the Wild, and Sleepwalking in the Rift.

5 feet 8 inches tall Haley is active on Facebook with 34, 459 followers as of August 2020. Also, she has verified Instagram with 258K followers.

According to the Influencer Marketing Hub, Bennett receives around $771 to $1,285 per promotional post with an engagement rate of 0.57%.

Bennett was only 6 years old when her parents divorced. She along with her father to Ohio while her mother was in Florida. She describes her childhood as “nomadic” as she moved between living with her dad and mom. Haley also said:

“there was no time when I lived anywhere longer than two years. I was always a social outcast. Maybe I didn’t care what people thought because I [thought], ‘Well, I probably won’t stick around here for too long’.”

Has A Child: Is She Married?

Kristy actress Haley Loraine is dating film director Joe Wright. The couple first met in January 2018, later, made their relationship public sharing a picture where they were kissing each other in September 2018.

Haley along with her partner welcomed their daughter named Virginia Willow on December 31, 2018. They are yet not married and there is no news regarding their wedding.