Is Theresa Randle Married? Her Husband, Net Worth, Movies, Career! 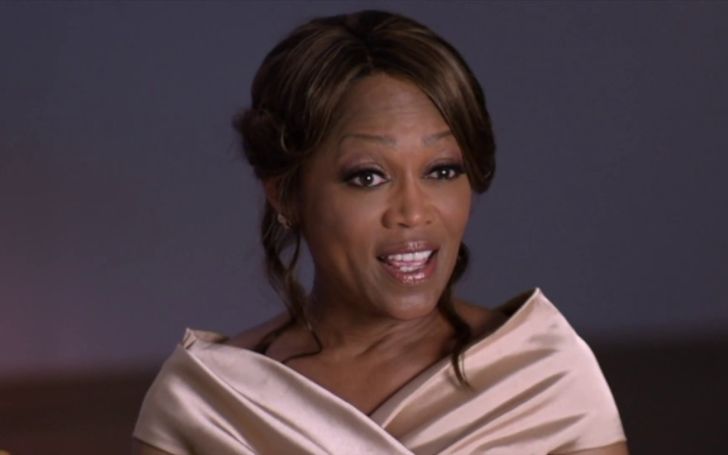 Theresa Randle is an American actor best known for her portrayal of Theresa Burnett in Bad Boys and its sequels Bad Boys II and Bad Boys for Life. She is also known for appearing as Wanda Blake in Spawn.

Theresa Randle is a married woman. She walked down the aisle with the love of her life, Timothy Brown better known as Father MC, an African American rapper.

Though both of them are celebrities, they have kept most of their married life information to themselves. Both of them don’t use social media platforms and hence, it’s difficult to find details about their personal life.

According to media outlets, her husband previously had a marital relationship with a lady named, Lori Wilkinson and had a child with her. The site claims that the rapper had been paying her child support without telling Theresa anything.

The outlet also claimed that the rapper had impregnated his former partner’s best friend named, Tracy Johnson. His child from Tracy is named, Tyson.

Movies of Theresa Randle; Her Net Worth

Theresa Randle, who was born in Gary, Indiana, studied dance and comedy before attending Beverly Hills High School. Following her graduation, she started working at Los Angeles Inner City Cultural Center and also in commercials. Slowly and steadily, she started acting on stage with theatrical roles in In Command of the Children, Sonata, 6 Parts of Musical Broadway and so on.

In 1983, she appeared in a dance video, Last Dance by George Clinton. Four years later, she got her first big-screen debut in Maid to Order. She then went on to appear in small roles until 1995 when she got the chance to appear in Bad Boys as Theresa Burnett. She also appeared in the second and third sequel of the movie.

A year later, Theresa starred as Girl 6 in Spike Lee’s film, Girl 6. In this movie, she portrays a young unemployed actress who gest entrapped in a dark world of phone sex. This movie was made on a budget of $12 million, however, it only earned $4.9 million at the box office.

One of her another better known role was in the TV series, State of Mind, where she appeared as Cordelia Banks, PhD. She appeared in a total of eight episodes for the show in 2007. Recently, she appeared in the third part of Bad Boys series, Bad Boys for Life in 2020.

From her career in the entertainment industry, where she has appeared in 30 movies and TV shows, she has earned an estimated net worth of around $3 million as of 2021. As an actor, she makes around $57,000 per year.