Who Is Misty Raney? Who Is She Married To? Her Husband And Son 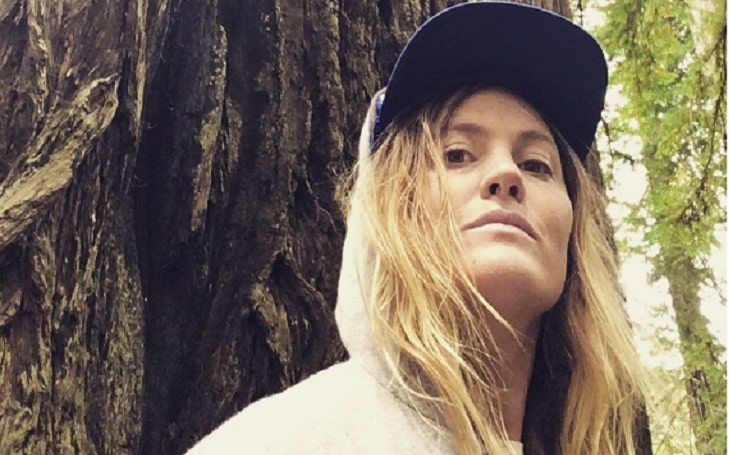 Are you familiar with Homestead Rescue, one of the popular shows to feature on the Discovery Channel? Misty Raney made the show debut in the first season premiere on June 18, 2016. Since then, she has earned a huge fans following and has featured in six seasons as of 2020.

So, what is the television actress doing currently? What about her personal life? Is the 40 years old television personality married? If so, who is her husband? Know everything below:

Who Is Misty Raney? Take A Look At Her Early Life

Raney was born Misty Raney Bilodeau on November 9, 1981, in Haines, Alaska, US. Now, the 40 years old personality holds an American nationality. Misty’s parents are Marty Raney and Mollee Raney. She is one of the four children of her father and mother. Her parents raised her alongside her siblings, an older brother Miles, an older sister Melanee and a younger brother Matt Raney.

The television personality grew up on the challenging Alaskan terrain, learning to survive in the wild and climb mountains. Raney’s parents taught her everything which helped in her career, but she has not disclosed anything about her educational background. Talking something about her family business, Raney served as a master carpenter in the family-owned business Alaska Stone and Log.

Homestead Rescue star Raney exchanged wedding vows with her supportive husband, Maciah Bilodeau. A report shows they have been married since the year 2000. But there is now news when they met for the first time. Also, their wedding photos are missing from the web. She is secretive just like Lisa Nicole Cloud. Their marital life is going smoothly, and they are based in Alaska. Meanwhile, the family moves to Hawaii to kick back and relax a bit.

Not only that, but the happy duo also has one adorable son Gauge Bilodeau, who was born on April 14, 2011. Gauge loves surfing and usually does it whenever he is in Hawaii. Till now, we haven’t heard any conflict between them, so we can be sure that there is peace in their family.

How Much Is Misty Raney Bilodeau’s Net Worth Now?

Bilodeau makes a good sum of money from her work and adds a decent fortune while appearing in Homestead Rescue. As per a source, her net worth is projected over $500,000. So, Raney is surely living a quality life with her family. Apart from earning from the show, the reality star also makes her living working at the Raney family business, Alaska Stone and Log.

According to salary data for farmers, ranchers and other agricultural managers, the average salary is $75,790 a year. So, we can say that Raney is making above the average wage, as she has been engaged in this field for a long time. Focusing on her residence, she is lives in Alaska, which is one of the most expensive states to live in. Additionally, the capital of Alaska is, surprisingly, also one of its more affordable cities, where the median household income is $84,750.

Raney got into the spotlight after appearing in the reality show Homestead Rescue. She is like one of the backbones of the team as her accountabilities are to secure water, reinforce falling structures, and take care of natural casualties in case something occurs. Further, Raney’s knowledge helps her find out the real drawback of any homestead and helps to mend the defects.

Similarly, she is an expert in keeping food predator-proof in the wilderness of Alaska. The respective show documents father, son, and daughter trio help rescue the homes of people living in isolated or hazardous parts of the country.