Adam Pally’s Wife Daniella Liben Biography: How Much Is Her Net Worth? 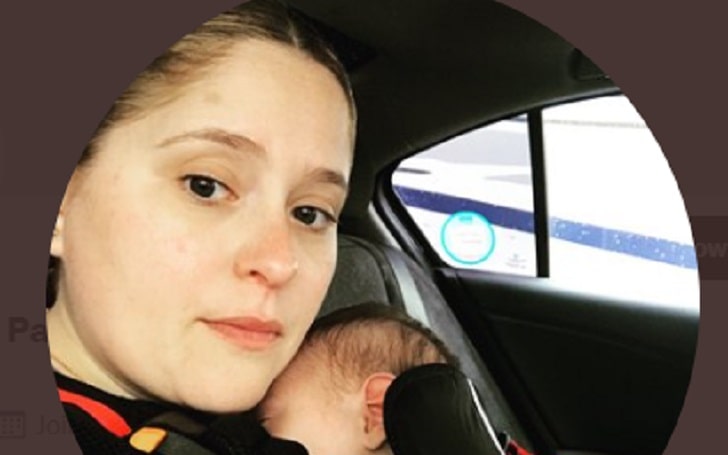 Daniella Liben is a celebrity spouse (just like Patricia Brentrup and Rhonda Rookmaaker) who gained popularity as the beautiful wife of renowned American actor Adam Pally. He is also a well-known comedian, writer, and producer. The romantic couple has been married since 2008, and they are the parents of three children, two sons and a daughter.

Daniella Liben was born in the United States in 1981, and she comes from New York City. Now, she is 40 years old. Her parents are Barry Leben and Sindy Liben. Her dad is the president of Tzell Travel Group, a travel business, while her mother works in the medical field as a nurse. Liben graduated from New York’s School of Visual Arts.

Apart from that, her husband, Adam, was born in New York City, New York, the U.S., on March 18, 1982. His full name is Adam Saul Pally. The 39-years old actor was raised Jewish who has two sisters, Erica and Risa. He attended the New School University in New York City and graduated in 2004. Adam was interested in pursuing a career in the entertainment industry from an early age and is also a member of the sketch comedy group Chubby Skinny Kids with comedians Dan Gregor and Doug Mand.

What Does Daniella Liben Do? Profession Details

Liben owns a boutique business, Ruby. So, she might be busy expanding her business. Similarly, her spouse, Adam, maintains a good pace in his career as an actor, comedian, writer, and producer. He has been in the entertainment field since 2002 and is recognized for starring as Max Blum in the ABC comedy series Happy Endings. He also appeared in the FOX comedy Making History.

Furthermore, the Happy Endings cast made his debut in 2007 by appearing in a short television film We Are Internet Millionaires. In the same year, he also starred in Sell Outs and Ysketball. Moreover, he got more recognition after landing the role of David in UCB Comedy Originals. Apart from acting, he has directed, written, and produced various shows, including The Eric Andre Show, David After the Divorce, NTSF:SD: SUV, etc.

Coming into personal life, Daniella Liben tied the knot with Adam Pally. The cute pair has been together for a long time. The duo is the parents of three children. In 2012, Liben gave birth to a son Cole. Similarly, she gave birth to her second child Georgia Grace in 2013. And the parents were blessed with a third baby boy, Drake, in 2017.

The happy family of five lives in New York, USA. We can also see various photos of them on numerous sites and their social media handles.

Daniella makes a fair sum of money from her boutique business, and her net worth is somewhere around $500,000. Meanwhile, the national average salary for a Boutique Owner is $76,140 in the United States. So, her earning might be in the same range. Apart from that, her husband, Adam, makes a tremendous amount of money as an established personality in Hollywood.

According to Celebrity Net Worth, Pally is estimated to have a net worth of over $600 thousand. But some other sources have claimed his fortune of more than $2 million. The moderate pay of a comedian ranges from $16,640 to $74,880, with a median salary of $54,080. And the actor in the United States makes around $50782. No doubt, the couple lives a lavish life with their earnings.