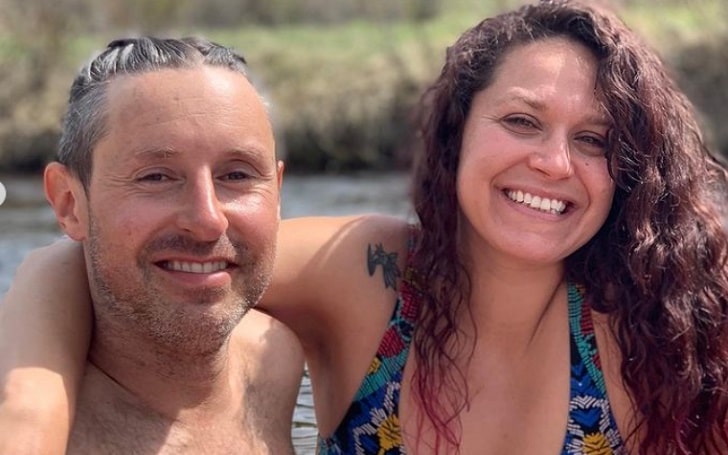 Jesse Belle Deutschendorf is the daughter of Cassandra Delaney and the late John Denver. The star kid got into media prominence with her parents’ popularity, like many other kids. She faced the worst nightmare at the age of eight when her father passed away. It’s been over seven-decade since John passed away, and his daughter Jesse is all grown-up.

Jesse has moved away from the tragic incident and has set up her own family now. The 33 years old star kid is now married to her longtime boyfriend turned husband, Eli LeGate. Does she have kids? Find out everything about her life right below:

Who Is Jesse Belle Deutschendorf Married To?

For their special day, the bride wore a white gown with a garland on her head while the groom donned a navy suit. Before turning their relationship as a wife and husband, the pair dated each other for some time. However, the exact date of their first meeting is unknown.

The couple has been enjoying a healthy marital relationship for more than two years. They are happily residing in Aspen, Colorado. We can surely say the couple is living a blissful life as they frequently share amazing pictures on Instagram exploring different places.

Does Deutschendorf Have Any Kids?

Despite being married for more than two years, Jesse does not have any kids with Eli. Currently, the pair are enjoying their life to the fullest. They often visit different places. Both Jesse and Eli love doing adventurous things.

Furthermore, Deutschendorf and her life partner, Eli, are busy with their work and must be focusing on their career. Moreover, we can follow Eli on Instagram as @eli_lelatebloomer, from where he may provide updates of his upcoming events.

Jesse Belle Deutschendorf was born on May 18, 1989, in Aspen, Colorado, to her parents, John Denver and Cassandra Delaney. She belongs to German ancestry and has Caucasian ethnicity. Furthermore, Jesse is the only child of her parents but has two half-siblings, Anna Kate Denver and Zachary John Denver, born from her father’s former marriage.

At the age of eight, Jesse faced a tragic incident as her dad, John, passed away on October 12, 1997. He died in a plane crash which he himself was flying. Furthermore, the cause of his death was multiple blunt force trauma resulting from the crash. Not to mention, he was the plane’s only occupant. John was much more than just a great songwriter and performer.

Profession and Net Worth Details

Well, people thought Jesse might have followed her father’s path and pursued a career in music. But their speculation came false as Jesse is not a musician as she is an artist. She runs an Instagram account to showcase her artistic skills and works. Likewise, she is a painter and makes handmade crystal jewelry too.

With her multiple works, it is sure that Jesse is making a good profit from it. In the United States, the average pay for a painter is $18.21 per hour, and a jewelry designer earns around $59770. So, we can speculate her net worth to be around $500,000 to $1 million. On the other hand, her father had a staggering net value of $60 million.