James Taylor Biography: Who Is His Wife? Children? 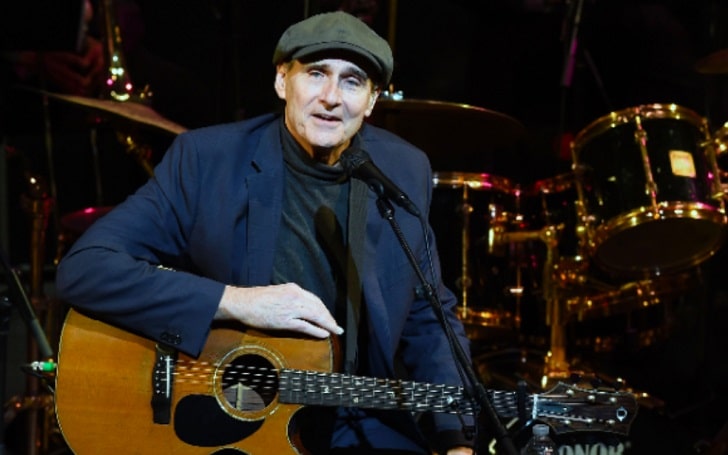 James Taylor was born on March 12, 1948, at Massachusetts General Hospital in Boston. His full name is James Vernon Taylor. His parents, Isaac M. Taylor and Gertrude, raised him alongside four siblings Livingston Taylor, Kate Taylor, Alex Taylor, and Hugh Taylor. Not to mention, his father, Issac, was an American physician and academic who worked as dean of the Medical School of the University of North Carolina from 1964 until 1971.

His mom, Gertrude, was an aspiring opera singer who studied singing with Marie Sundelius at the New England Conservatory of Music. The actor is of English and Scottish descent. He moved to Chapel Hill, North Carolina, in 1951. Besides, all of his siblings are also engaged in the musical industry, whose name is already famous. As a child, Taylor took cello lessons in North Carolina before learning the guitar in 1960.

Since 1966, Taylor began his career by writing songs and forming a music band with his companions naming themselves Flying Machine. They performed regularly, but after some complications, the group broke up. After that, Taylor was also involved in taking drugs. Later, he moved to London to pursue a career in singing.

The musician received his breakthrough via his album Fire and Rain. His notable songs are You’ve Got Friend, Hourglass, October Roads, Covers, Handyman, How Sweet It Is, and Baby James. He is one of the celebrated musicians who was also inducted into the Rock and Roll Hall of Fame in 2000.

Apart from that, he has also acted in the movie Two-Lane Blacktop. The singer has sold more than 100 million albums, achieving gold, platinum and multi-platinum awards since the release of his self-titled debut album in 1968. Not only that, he has won multiple GRAMMY Awards. In a career denoted by artistic accomplishments, over the past several years, he has been celebrated for both creative virtuosity and recognition of exceptional attainment.

Marital Life: Everything On His Wife & Children

James Taylor has been married to his wife Caroline Smedvig for over a decade. They first met each other in 1993. The couple has been leading a blissful married life since 2001. Their wedding was held in Lindsey Chapel, part of Boston’s Emmanuel Episcopal Church. They are also the parents of twins Rufus and Henry Taylor, born in April 2001.

Apart from that, Taylor was formerly wedded to different women. In November 1972, he married singer Carly Simon and divorced in 1983. They are also the parents of 2 kids, Sally and Ben, who are also musicians. After that, James married actress Kathryn Walker on December 14, 1985. However, their marital relationship came to an end in 1996.

The established singer and songwriter have a net worth of $80 million. He has gathered such massive fortune from work as a musician. Besides, Taylor has given numerous hit albums and singles that must have helped him acquire massive wealth. In the meantime, the Richest says, his assets are around $60 million.

Taylor has given various hit albums that collected good profit. Apart from that, the star kid might make something from sponsorship and endorsement deals. According to the Influencer Marketing Hub, he makes around $875.25 – $1,458.75 from a single post on Instagram. So, he is a millionaire singer like Nicholas Petricca and Tyrese Gibson.