Nicholas Petricca Biography: What Is His Sexuality? 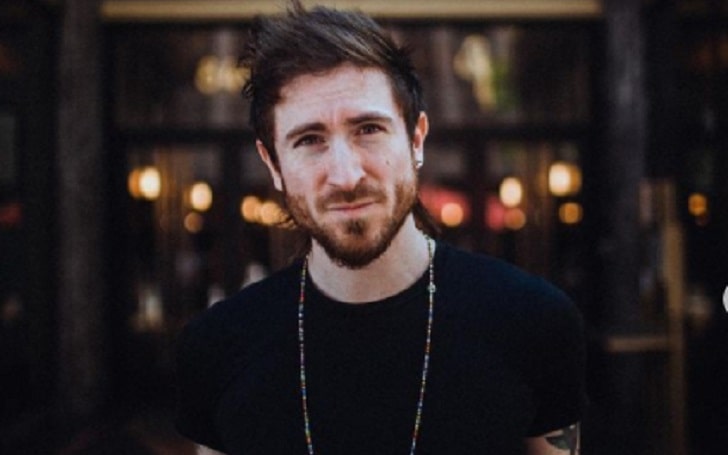 Nicholas Petricca is a talented American singer (like Cassidey Fralin and Lulu Antariksa) famously recognized as the lead singer and creator of the rock band Walk the Moon.

The talented singer came out as bisexual in 2020, and he is proud to be a part of the LGBTQ community. He was rumored to be in a relationship with Sara Montez.

Born on February 16, 1987, Petricca is 34 years old and holds an American nationality. The singer is originally from Ohio.

His parents are Patti Petricca and Joe Petricca. They got wedded on June 6, 1981. Sadly, Nicholas lost his father on February 5, 2017, and his funeral was held in Los Angeles. Joe took his last breath after battling Alzheimer’s for a long time.

The 5 feet 7 inches singer attended Kenyon College in Ohio to study music as he was passionate about it from an early age. Now, he is one of the well-known names in the music industry, and his band is based in Cincinnati, Ohio.

The 34-years-old singer was rumored to be in a relationship with Sara Montez. Together they shared numerous cozy pictures that attracted many people’s eyes.

He even composed a song ‘Shut Up And Dance’ which was inspired from his first meeting with his rumored girlfriend Sara in a Los Angeles nightclub. She reportedly asked him to dance with her.

Nicholas hasn’t married yet and doesn’t have a wife.

Through an Instagram post, Petricca talked about his sexual preference and admitted that he has feelings for both males and females and is proud of it. The musician added that being open and admitting differing sexualities is vital to our future.

The lead singer is also a key and synthesizer player for the pop/indie rock band Walk The Moon. And he is also the founder of the band who began to put together the pieces for the band in 2008.

Together with the band, he has released charting singles named Anna Sun, Tightrope, and Shut Up and Dance. They are based in Cincinnati and have supported various musical groups, including the Weezer, Panic! at the Disco, and Grouplove.

Similarly, he has performed in several concerts alongside his band, and they launched their first album entitled ‘I want! I want!’ in November 2010.

Furthermore, he has made his appearance in television shows, and some of his credits are Wonderland, Unplugged, Hilarity for Charity 2016, etc.

They also performed for Stony Brook students in a 2015 concert. They released their second major-label studio album, Talking Is Hard, in 2014.

Moreover, in their biggest hit, Shut Up and Dance, they released their second major-label studio album, Talking Is Hard.

Many people love the musical group, and they have also been deemed a Nylon Magazine Band Crush for their amazing works.

How Rich Is Petricca In 2022? Net Worth Explored

Petricca has a vast net worth from his profession as a musician. A report shows his fortune is worth over $6 million.

In the United States, the average Musician’s salary is $47,003, but it may typically fall between $36,804 and $57,854. He has performed in various concerts from where Petricca has surely added a decent fortune to his bank account.

Apart from his musical career, Petricca might make money from sponsorships. As per the Influencer Marketing Hub, he makes around $399.75 – $666.25.

Similarly, he is also the founder of Kundalini Yoga By The Sea, a yoga and meditation company. So, Petricca also makes his living through his own business. He is based in Ohio, and the median home cost in Ohio is $179,700.