American Actor-Singer Lulu Antariksa Biography; Who Is Her Boyfriend? 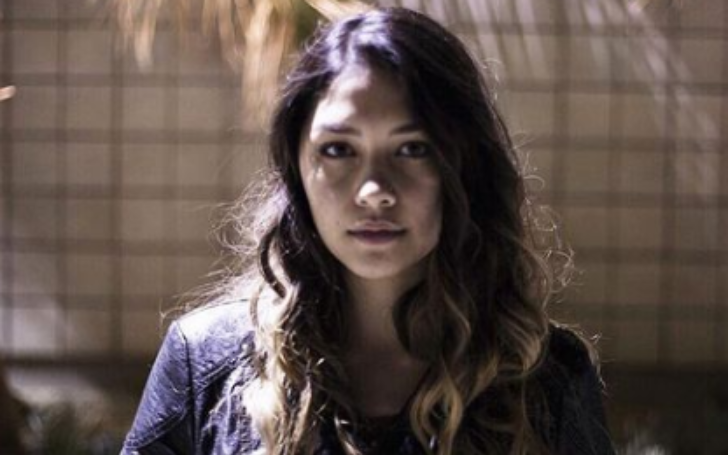 American actress and singer Lulu Antariksa grabbed wide attention for her performance as Stevie Baskara in the Nickelodeon teen sitcom How to Rock alongside Samantha Boscarino. Likewise, her role as Penelope Park in The CW series Legacies earned her additional fame. Furthermore, the actress has starred in the thriller film What Still Remains.

She was born as the youngest of four children to her parents. Her father is of Indonesian background, and her mother is of German descent. She has older siblings Mark Atariksa and Chris Antariksa.

Antariksa is well trained in dancing and singing. She also plays various instruments like guitar, piano, ukulele, saxophone, and bass.

The actress got into acting while studying at Valencia High School in Santa Clarita, California. She stands at the height of 5 feet 4 inches (1.63 m). As of writing this article, she is 26 years old.

What Is Her Current Net Worth? TV Shows & Films

Making an on-screen debut in 2002, Antariksa is believed to have a net worth of $500 thousand as of October 2021. She gathers a decent sum of amount from her acting profession.

Besides, the 26-year-old racks up between $555 and $925 per sponsor post from her Instagram @luluantariksa, with 184 thousand followers.

The actress first appeared as Lina in an episode of the TV show American Family in 2002. The following year, she appeared in the sitcom television series According to Jim.

Her other early appearances in TV series include ER, Head Cases, Monk, Zoey 101, and Gemini Division. In 2012, she gained fame playing Stevie Baskara in the Nickelodeon teen sitcom How to Rock.

In 2018, [email protected] actress starred as Anna in the thriller film What Still Remains. The next year, she featured in the short film The Lonely Host. Moreover, Lulu played the role of Penelope Park in The CW series Legacies from 2018-2019.

How to Rock star is possibly single as of right now. She hasn’t revealed anything regarding her relationship until now, as she prefers to live a low-key life.

However, back in 2013, the actress was once rumored to be linked with singer Max Schneider. They also worked together on Max’s music video cover of ‘You and I.’

Antarikra and Max both haven’t talked much about their dating life. Due to their good bonding, fans might be mistaking them both as partners.