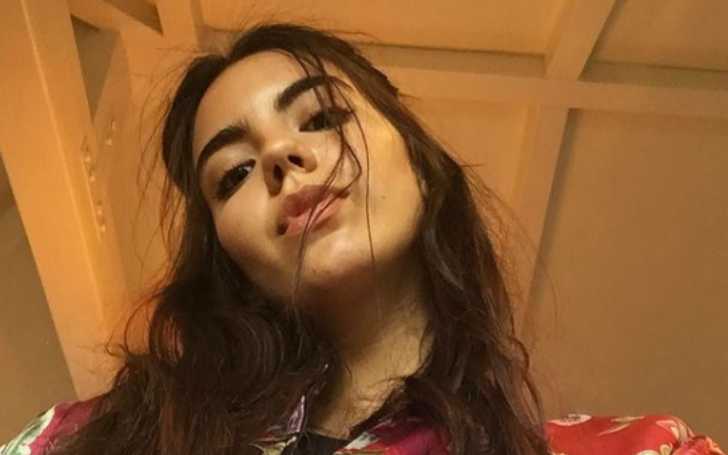 The actress studied at the Young Actors Space based in Los Angeles, California. She holds American citizenship and is of Italian and Ecuadorian descent.

Net Worth In 2021 – Movies And Television Roles

The 26-year-old actress owns an estimated net worth of $800 thousand as of October 2021. Her major source of income comes from her acting career.

Her salary is unknown at the moment. However, the actor in the USA can make an average of  $58,336 per annum. So she might be earning in a similar range.

Boscarino made her acting debut as Alica Rivera in the teen comedy-drama film The Clique in 2008. The following year, she acted in the film The Perfect Game and appeared in the TV series Jonas.

From 2010-2014, she played the recurring role of Skyler in the television series Good Luck Charlie. The actor gained fame playing Molly Garfunkel in the Nickelodeon show How To Rock in 2012.

The Clique star made guest appearances in TV series like NCIS, House of Lies, and Girl Meets World. In 2016, she got featured in the TV film The Cheerleader Murders.

Samantha starred as Keaton in the Christian drama film God’s Not Dead: A Light in Darkness (box office $7.4 million) in 2018. The next year, she appeared in an episode of the TV show The Resident and Shameless.

‘How To Rock‘ star is possibly single and is not dating anyone at the moment. However, she was previously in a relationship with British actor Gregg Sulkin from 2008-2009.

Likewise, Boscarino was in a relationship with Descendants star Booboo Stewart in 2012. They both decided to part ways due to some unknown reason.

Additionally, the actress has also been rumored to be linked with Doug Haley and Matt Shively.