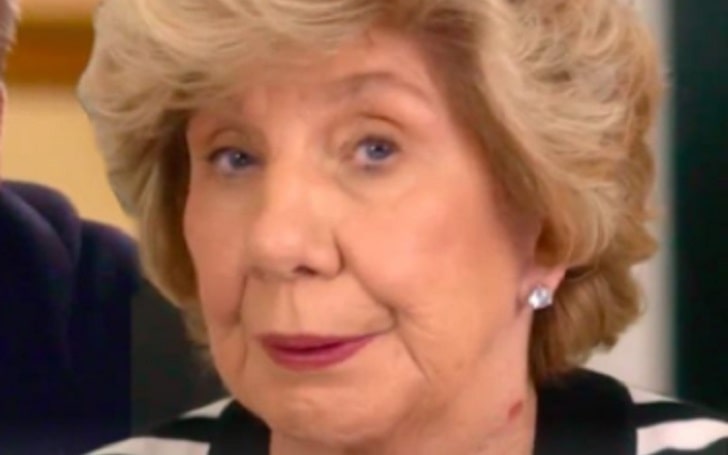 Faye Chrisley is an American reality television star who is best known for appearing in the tv show Chrisley Knows Best. Besides, she is also recognized as the mother of Todd Chrisley, who is also a reality television personality and a real estate mogul. And Todd’s mom is often identified as Nanny Faye, who is 78 years old now.

Age: Everything On Her Family Background

Faye Chrisley was born in South Carolina, USA, on September 2, 1943, holding an American nationality. She belongs to white ethnic background, and her birth sign is Virgo. The reality star follows Christianity. Todd’s mom, Faye, grew up together with her sister Francis. And together, the siblings attended burlesque class.

The 78-years-aged personality grew up on a farm and had to do such tasks as milking cows and feeding chickens and hogs. Her son, Todd, was born in Georgia, the United States, on April 6, 1969. He has five biological children: Lindsie, Kyle, Chase, Savannah, and Grayson. Moreover, all of his family members are engaged in the entertainment industry. Additionally, her son, Randy Chrisley was diagnosed with stage four cancer back in 2014 but has recovered from it now.

Chrisley is a reality television star who has appeared in the popular show Chrisley Knows Best. Since the start of its beginning in 2014, Chrisley has been in all nine seasons of the TV show. Similarly, the celebrity mom has starred in Growing Up Chrisley, and Chrisley Knows Thanksgiving. On the other side, her son, Todd, is also engaged in the same field. Apart from that, he also has an interest in singing. He recorded his song Infinite Love in 2016. The respective song also made it to the Billboard charts.

Is She Married Now? Details On Her Late Husband

The renowned television personality was married to her husband, Gene Raymond Chrisley. They cherished their marital life until Gene’s demise in July 2012. Legit. Ng reports, he was a war veteran who fought in the Korean war in his earlier years. At the time of his death, Raymond was 77 years old. Moreover, Faye’s children are Todd, Derrick and Randy. In their growing years, the family lived in Westminster, South Carolina.

Sadly, the family suffered a huge loss after one of their sons, Derrick, took his last breath. Her other son, Todd, has been married to Julie Chrisley since May 25, 1996. Together with Julie, Todd has three children, Chase, Savannah, and Grayson. Before that, he was wedded to Teresa Terry, with whom he has two kids Lindsie and Kyle.

The celebrity mother does not have cancer, but she was rumored to have been diagnosed with breast cancer. Not only that, the rumors were circulating regarding her death. But it is just controversy as she is still doing fine. Reportedly, Chrisley resides in Nashville with Todd’s family.

Chrisley enjoys a net worth of around $500,000. She has made her earnings from her work in the entertainment industry. The average salary of a television personality in the United States is $44683 a year. Chrisley also has a strong presence on Instagram, gaining over 401k followers, and her estimated earning from a single post is around is $1,197 – $1,995.

Similarly, her son, Todd, is a multi-millionaire who likes to call him a self-made millionaire who has earned a massive amount of money as a real estates mogul like Mina Starsiak and Thomas James Burris). In the United States, the average pay for a real estate agent is $95002 per year. Some sources claim Todd’s worth to be over $5 million. As a production company owner, he must be receiving fruitful profits.