Who is Rayan Cherki? Unknown Facts about the French Footballer 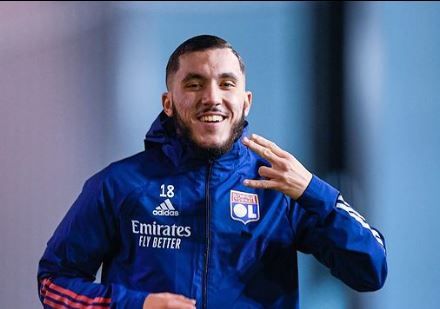 Rayan Cherki is a French rising football player who currently plays in the Ligue 1 for Lyon as an attacking midfielder.

He was born Mathis Rayan Cherki on August 17, 2003, in Lyon, France. He is 19 years old and holds French nationality.

Cherki was born to Algerian parents in France so he is eligible to play for both Algeria and France at the international level. He is of Algerian-Italian descent as his father and mother are both Algerian but also has some Italian ancestry through his father Fabrice.

His father’s family is originally from Bari, Apulia in Italy but his grandmother later relocated to France.

Does Rayan Cherki have Siblings?

Cherki is the third child among six siblings. His two older siblings, both brothers played football in the local amateur club AS Saint-Priest.

He first got interested in football through his two older brothers.

He caught the eye of Saint-Priest’s coach for the very first time and was soon called up for the trial.

“My two big brothers were into soccer and one day one of my brothers had a game at the Gerland playground. My father parked in the parking lot, I started to juggle and run and Gérard Bonneau (OL’s former recruiter) crossed paths with me and told me that I have a 95% chance of returning to OL with what I had just done.”

Rayan Cherki joined the youth academy of Lyon in 2010 and played for the youth team until 2019. He made his place in the second team Lyon B in 2019.

Cherki made his senior team debut in 2020 and scored his first goal at 16 years and 140 days becoming Lyon’s youngest goalscorer. He has so far played 53 matches in the Ligue 1.

Cherki is eligible to play for both Algeria and France; Algeria through his parents’ origin and France is his birth country.

He has represented France National Team at various youth levels.

How much is Rayan Cherki’s Salary?

He has a deal with the club until 2024 and will earn €600,000 during this period. Rayan will definitely get a huge contract from the top clubs in some years.

Besides, he has an endorsement deal with Adidas and wears Adidas as a part of the deal. He might be getting some payment from Adidas.

How tall is Rayan Cherki?

He goes by the handle @rayan_cherki on Instagram where he has 328k followers. Moreover, his Twitter @rayan_cherki is followed by around 80 k fans.

Does he have a Girlfriend?

Ryan Cherki, 19, could be dating his girlfriend secretly but there is no news of his affair yet. He has not revealed anything about his relationship status and girlfriend yet.

We will report you as soon as we get any updates on his personal life and affair.

Read Next: Who Is Bruno Alves? Age, Height, Weight, Net Worth & Career