Who Is Bruno Alves? Age, Height, Weight, Net Worth & Career 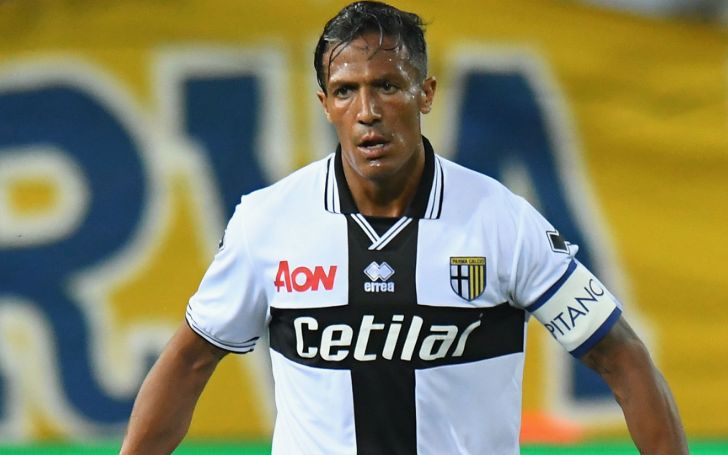 Bruno Alves playing for Scottish Premiership club Rangers and the Portugal national team as Center back is a Portuguese professional footballer. He started his football career with local club Varzim SC in 1992 followed by Porto. Alves made his international debut for Portugal at the 2004 Summer Olympics. He is also included in his country’s squad to play in the FIFA Worldcup 2018 Russia.

Alves also earned a good sum of the amount from brand endorsement. He is also endorsed by Adidas. He brought a luxurious house in his hometown, Póvoa de Varzim.

Career As a Footballer

He started his football career at the local club, Varzim SC. Then he joined the Portuguese sports club, Porto in 2000. After three consecutive loans, two in Portugal and another in Greece with AEK Athens FC, he made his comeback in Porto in the 2005–06 season and extended his contract until 2010.

Alves played seven league games at  Primeira Liga champions but he was sent off in October 2005. He played at UEFA Champions League quarter-final 2-2 tie against Manchester United in April 2009. On May 10, he scored the only goal in a home win over C.D. Nacional.

Bruno Alves signed a three-year contract with  Russian Premier League side FC Zenit Saint Petersburg for €22 million. On September 2010, he scored his first goal for the club against AEK Athens in  UEFA Europa League. On June 2013, he joined Turkey’s Fenerbahçe SK on a three-year deal for €2.5 million per season along with a transfer fee of €5.5 million.

Alves appeared in 25 leagues in his first season in Istanbul and scored two goals. In October 2014 during the game at the Türk Telekom Aren, he was given a straight red card for kicking Blerim D’emaili against Galatasaray. He signed a two-year contract with Cagliari Calcio on June 2016. On August 15, he made his debut in a 5–1 home win against S.P.A.L. 2013 and scored his first goal on September 11.

On May 31, 2017, Bruno Alves joined  Rangers on a two-year deal for an undisclosed fee. On August 9, he scored his first goal for the team in the Scottish League Cup. He was banned for two matches at the League Cup semi-finals because of an incident with Louis Moult.

Bruno Alves debuted for Portugal playing at the 2004 Summer Olympics. He made his full international debut in June 2007 in a 1-1 draw against Kuwait. He also selected as a back-up for UEFA Euro 2008.

He played all the games and minutes at the Euro 2012. In the semi-final, he missed out the penalty against Spain in an eventual 4–2 loss. He was included in the 23-man squad for the 2014 World Cup. He scored his tenth international goal in a 1–0 friendly win over Mexico. He also played at Euro 2016. The following year, he was picked for the 2017 FIFA Confederations Cup squad.

Bruno Alves selected for Portugal national team for 2018 FIFA World Cup which will be held in Russia.

Bruno Alves married his longtime girlfriend, Khut Alves at an intimate ceremony. He shared a healthy relationship with his wife and the duo often spotted together at public events. The duo is proud parents of two children, a daughter, Adriana Alves, and a son, Leonardo Alves.

He was born Bruno Eduardo Regufe Alves on November 27, 1981, in Póvoa de Varzim to Washington Geraldo Dias Alves. He has Brazilian ancestry from his father’s side. He was raised along with his siblings, Geraldo Alves and Julio Alves both of them were a footballer.