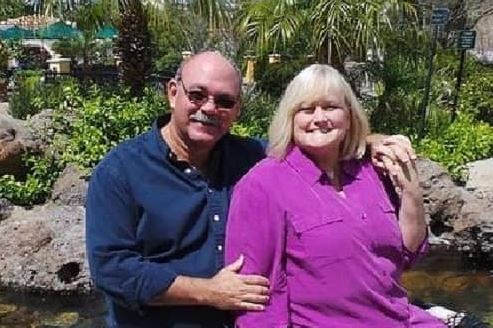 Richard Edelman is the ex-husband of Debbie Rowe, an American dermatology assistant. Debbie is best known for being the ex-wife of American musician Michael Jackson.

Richard, a teacher by profession, and Debbie were married for six years from 1982 to 1988.

He was born in 1952 in the United States. He is 70 years old and is an American citizen. There is no further details about his family and personal life.

Edelman became popular as the first husband of Debbie Rowe, who is a dermatology assistant. Richard met her in school where he was a teacher while Debbie was a student.

She had a crush on him though he was her teacher and they soon began dating secretly.

Richard and Deborah got married in 1982 and were together for 6 years. The couple then had some issues in their relationship, so, they separated after six years.

They also filed for bankruptcy during their divorce so, we can assume that they might have separated due to some financial reasons.

Who is Richard’s Ex-wife Debbie Rowe?

Debbie is an American dermatology assistant, who came into the limelight after her second marriage to pop musician Michael Jackson.

She was born Deborah Jeanne Rowe on December 6, 1958, in Spokane, Washington, U.S.

Her parents are Barbara Chilcutt and Gordon Rowe. She was raised by her single mother after he parents divorced when she was 2.

She studied at Hollywood High School and pursued her career in Dermatology.

Debbie lived a single life for some years after her first divorce. She used to work as an assistant in Arnold Klein’s dermatology office when she met her second husband Michael Jackson.

The late pop star was there to treat vitiligo. Debbie had a crush on him but he was still married to singer Lisa Marie Presley.

After Jackson and Lisa Maria’s divorce in 1996, he was afraid that he would not be a father again. However, Rowe proposed to bear his children and started dating.

Debbie and Michael Jackson married on November 14, 1996, in Sydney, Australia. She was pregnant with their first child at the time of their marriage.

They became the parents of their first son Michael Joseph Jackson Jr. on February 13, 1997, at Cedars-Sinai Medical Center in Los Angeles.

After a year, they welcomed a daughter, Paris Jackso on April 3, 1998, at Spaulding Pain Medical Clinic in Beverly Hills in Los Angeles. Paris is a model actress, singer, and musician.

After three years of marriage, the couple divorced on October 8, 1999. Rowe granted full custody of their children to her husband Michael Jackson.

As a part of the divorce settlement, she received US$8 million and a house in Beverly Hills.

In April 2014, she revealed that she is engaged to music producer and former Neverland Ranch videographer Marc Schaffel. Marc is reported to be Michael’s former employee and also worked with him on his 9/11 charity.

Debbie Rowe hired a private judge to terminate her parental rights to her two children in 2001. However, she later went to court in 2004 to reverse her rights after Jackson was charged with child abuse.

In 2005, she told the court that she was given limited time to visit her children.

She even filed a lawsuit against the television entertainment news program Extra for defaming and invasion of privacy for which she received $27,000.

Richard worked as a teacher but his current where being and professional is still unknown.

His former wife Debbie has a net worth of more than $8 Million. She has been earning as a dermatology assistant.

Moreover, she received $8 million during her divorce settlement with Jackson. Likewise, she had also received a house in Beverly Hills which she sold for $1.3 million in 2005.

Debbie later bought a ranch in Palmdale. Besides, she has also received more than $100,000 from her legal battles.

Read Next: Who is Bert Girigorie? Tragedy of Wendy Williams’ Ex-Husband