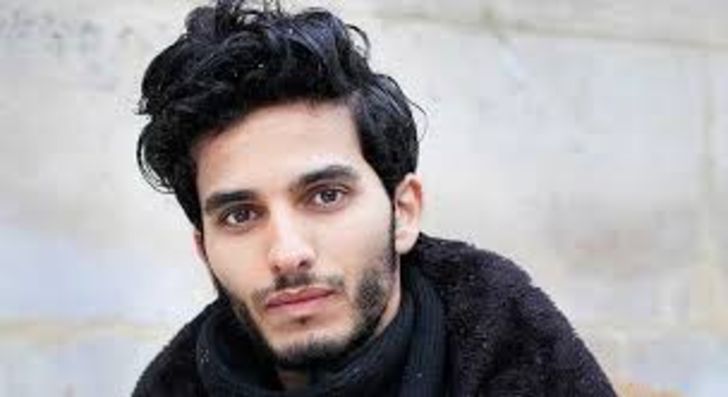 Mehdi Dehbi is a Belgian actor and theatre director. He is currently known for playing Al-Masih in the Netflix series Messiah. Similarly, he is famous for his works in La Folle Histoire d’amour de Simon Eskenazy (He is My Girl), Le Fils de l’Autre (The Other Son), and A Most Wanted Man.

When it comes to his personal life, Dehbi keeps his lips shut. He prefers living a low key life, so, due to this reason the information about his childhood, parents, and siblings is missing.

Regarding Mehdi’s education, the actor attended the Académie Grétry theater and music school. Likewise, he went to the Royal Conservatory of Brussels and the London Academy of Music and Dramatic Art.

Mehdi Dehbi is active in the entertainment industry since 2002. He made his acting debut with the film Le soleil assassiné in 2003. After that, in 2007, he featured in the short movie Bourreau.

Eventually, 35 years old actor came to the spotlight after his performance in the film La Folle Histoire d’amour de Simon Eskenazy (He is My Girl). Again, in 2011, he gained more popularity as Yacine Al Bezaaz in the French drama movie Le Fils de l’Autre (The Other Son) along with Emmanuelle Devos, Pascal Elbé, Jules Sitruk, Areen Omari, and Khalifa Natour.

Moreover, Mehdi is also a part of movies and TV shows like Mary Queen of Scots, A Most Wanted Man, Another South, Lili Rose, Tyrant, London Has Fallen, and Mescaline. As of 2020, he is starring as Al-Masih in Netflix’s original series Messiah along with Michelle Monaghan, John Ortiz, Jane Adams, and Wil Traval.

Dehbi’s theatre credits include Romeo and Juliet, Terre Sainte, Baïbars le mamelouk qui devint sultan, Splendid’s, and Gare de l’Est. Besides that, he directed the play Les Justes (The Just Assassins) from 2012 to 2014.

According to some online sites, Mehdi Dehbi is believed to have an estimated net worth of $400,000 in 2020.

5 feet 8 inches tall actor’s personal life very secretive. It is really a big question mark to all his fans whether he is single, dating a girlfriend, or married to a wife.

To date, Mehdi has never shared a word regarding his private life. He is never spotted with anyone besides his co-actors on his social media.

To know more about his professional and personal life you can follow him on his Instagram @mehdidehbi_official.

One thought on “Who Is Mehdi Dehbi? Age, Height, Net Worth, Movies, TV Shows, & Instagram”