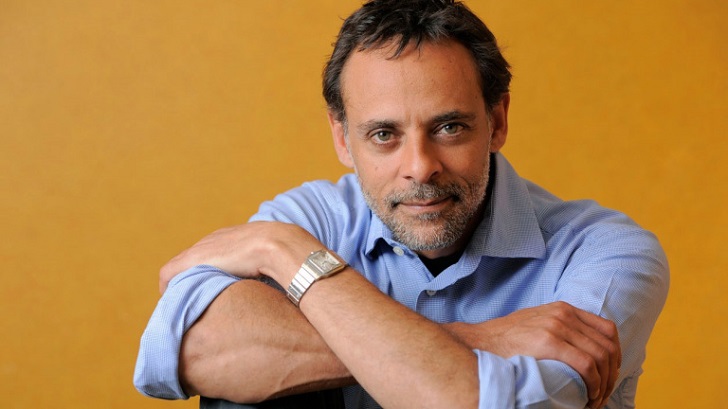 As of 2020, Siddig is 55 years old and stands 5 feet 11 and a half-inch tall. He holds dual (Sudanese-English) nationality and has mixed ethnic descent.

Following his high school, he went to St Lawrence College, Ramsgate. Likewise, he studied geography and anthropology at the University College London. Moroever, he also enrolled at the London Academy of Music and Dramatic Art.

According to Celebrity Net Worth, Alexander is worth $3 million as of September 2020. He amassed his fortune from his successful acting career.

Siddig made his career breakthrough as Dr. Julian Bashir in the sci-fi televisions series Star Trek: Deep Space Nine. In addition, he starred in the show alongside Avery Brooks, Rene Auberjonois, and Terry Farrell.

He then starred in films like The Hamburg Cell, Syriana, Hannibal, The Last Legion, A Lost Man, and Cairo Time.

Similarly, in 2016, Alex was cast as Ruben Oliver in the British gangster drama show Peaky Blinders. In the show, he co-starred alongside Cillian Murphy, Sam Neil, Paul Anderson, and Annabelle Wallis.

Is He Dating Anyone At The Moment?

As per various sources, Siddig is reportedly single at the moment. Previously he was married to American actress Nana Visitor.

The duo first met on the set of Star Trek and eventually started dating after hanging out for a while. Likewise, they welcomed their son, Django El Tahir El Siddig, on 16th September 1996.

They got married on 14th June 1997 admist family and friends. Sadly, the couple ended their marriage in 2001 and went separate ways.