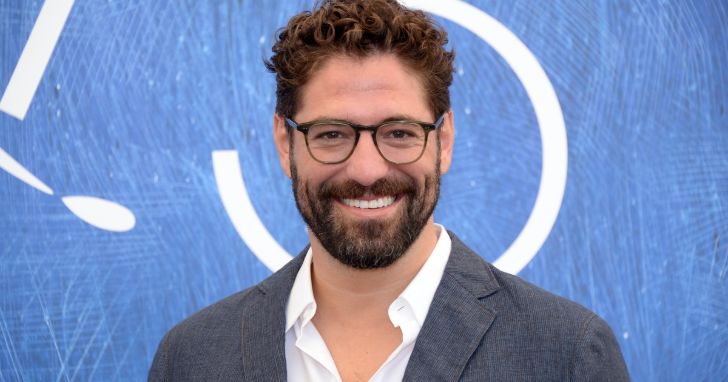 A graduate of Lisbon Theatre and Film School, Portuguese actor & DJ Nuno Lopes, like many film stars, started out in theaters before on-screen prominence. It was his portrayal of Jorge in the movie Saint George (2016) that saw him international recognition & won him two Golden Globe Awards.

Lopes’ fame widened even more- thanks to his role as Duarte “Boxer” Silva in the Netflix series White Lines (2020). The Lisbon-born with more than 70 on-screen credits, with notable works in Lines of Wellington, Goodnight Irene, and An Outpost of Progress.

Where Is Nuno Lopes From? Age & Height?

Born on May 6, 1978, the Sophia Award-winning actor Nuno Lopes is from Lisbon, Portugal. His birth name is Nuno Miguel Pereira Lopes. As of early 2022, the Portuguese star is 43 years old & stands 5 feet 7 inches tall.

The País Irmão actor studied at Lisbon Theatre and Film School of Polytechnic Institue of Lisbon. Moreover, he later enrolled at École des Maîtres (translated: School of Masters) & learned acting with the likes of Susan Batson.

Nuno Lopes made his acting debut with the short-film Project: Parallel World in 1991. After that, he appeared as Third Kid in the movie God’s Comedy.

Having worked in Azuro (2021), he made most-recent TV series apperances in Princípio, Meio e Fim, Causa Própria & Operación Marea Negra, all in 2022.

As of 2022, Nuno Lopes has an estimated net worth of $800,000, all of his earnings came from his acting career. A professional since his on-screen debut in 1991, the Portuguese actor & DJ already has more than 70 acting credits.

Moreover, as per IMBD, Nuno is set for the upcoming 2022 films: Restos, Great Yarmouth: Provisional Figures, and Mal Viver under post-production. His other big-screen work Tout le monde aime Jeanne is currently filming. He will reportedly make huge earnings through his movie appearances.

From the Portuguese film industry & stage production, Nuno Lopes worked in other movie industries too, including French & Brazilian. For sure, the Saint George actor collected a decent salary from his acting.

As per Influencer Marketing Hub, Nuno Lopes, if signs for Instagram endorsements, can earn $1,360- $2,267 per sponsored post.

Is Nuno Lopes Dating Anyone? More On Girlfriend, Relationship, & Child

Currently, as of 2022, the Portuguese TV & film star Lopes, who shares an on-screen romance with Margarida Vila-Nova in CAUSA PRÓPRIA, seemingly is not dating anyone. Moreover, no prior report on his married life or wife ever came up.

Though, he reportedly has a child from his previous relationship. But the details on his baby mama or kid remain low-key.

Back in 2017, Nuno Lopes was in a publicly disclosed relationship with fellow Portuguese actress Mikaela Lupu. It led to swirls about their 17-year-old age difference; Mikaela was 22 at that time while Nuno was 39.

But after a year of dating, the two broke up quietly in 2018.

As of 2022, Lopes is active on Instagram with 456K followers. To stay up-to-date with his professional and personal life, you can follow him at @nunolopes.