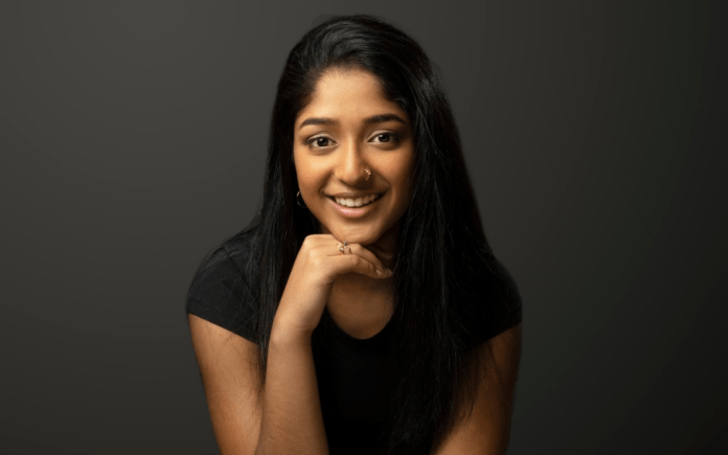 Best known for playing the lead Devi Vishwakumar in the Netflix teen comedy series Never Have I Ever, Maitreyi Ramakrishnan is a Canadian actress. Born and raised in Ontario, Ramakrishna began her acting career at a young age. Learn more about her earnings, lifestyle, and career.

Maitreyi Ramakrishnan was born on 30th December 2001 in Mississauga, Ontario, Canada to Tamil parents who relocated to Canada as refugees after the civil war in Sri Lanka. She is a Canadian as per her nationality and has Asian ethnic descent.

She went to Meadowvale Secondary School where she began acting in school plays until her graduation.

How Did She Begin Her Acting Journey?

Maitreyi decided to pursue an acting career during her last days in Meadowvale. She eventually won the role of Devi Vishwakumar in Never Have I Ever alongside Darren Barnet following her high school graduation.

In 2019, out of 15,000 candidates that applied for an open casting call for the show, Maitreyi was chosen by Mindy Kaling. She was asked four more videos before having a screen test in Los Angeles. Eventually, she won the role at the young age of 17.

In the series, she appears alongside Poorna Jagannathan, Richa Moorjani, Darren Barnet, and others.

Her role and performance in the series were well-received by critics as well as the public. Moreover, Today named her one of eighteen “Groundbreakers”, a list of girls that were breaking down barriers and changing the world.

Recently in 2020, she appeared as herself in an episode of a weekly American TV series Sidewalks Entertainment.

As of May 2020, Ramakrishna is estimated to own net worth at around $100,000 to $500,000 in her net worth. She garners her thousand dollar fortune from her budding acting career.

On the other hand, in the United States of America, an aspiring actor makes around $46,995 to $69,571 annually. Whereas, A-Lister pockets millions of dollars for their work in films and TV Shows.

Scrolling through her social media profile, Maitreyi is surely single at the moment. She seems focused on her studies and making her career at the moment.

On the other, she might be secretly dating someone. However, due to a lack of confirmed information, as of now, her relationship status is mysterious.

As of May 2020, Never Have I Ever star has 770k followers on Instagram and 24.9k followers on Twitter. Her social media account, as well as her endorsement, deals aid a decent sum of wealth to her fortune.