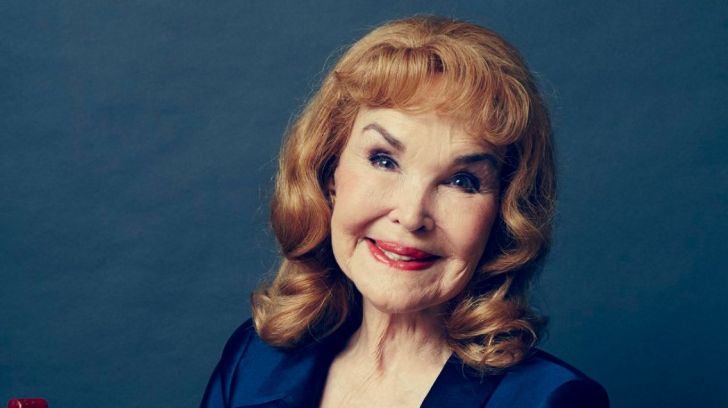 Kathryn Crosby is an American retired actress and singer. She is famous for her performance in The Night the World Exploded, The Brothers Rico, The 7th Voyage of Sinbad, and Anatomy of a Murder.

Back in 1955, Kathryn graduated from the University of Texas holding a Bachelor of Fine Arts degree.

How much is Kathryn Crosby worth?

Kathryn’s net worth is estimated as $20 million as of Celebrity Net Worth. She was active in the film industry for almost six long decades i.e. from 1953 to 2010. She has homes in Genoa and Hillsborough, California.

Crosby made her acting debut with an uncredited role of a showgirl in the 1953 film So This Is Love. Following, she had more uncredited roles in Arrowhead, Forever Female, Casanova’s Big Night, Living It Up, Rear Window, Unchained, and Tight Spot.

The 87-year-old is famous for playing Laura Hutchinson in a 1957 science fiction, disaster film The Night the World Exploded alongside William Leslie, Tristram Coffin, Raymond Greenleaf, Marshall Reed, and Terry Frost. Likewise, her other acting credits include Cell 2455 Death Row, 5 Against the House, The Phenix City Story, and My Sister Eileen.

Crosby is also a part of movies and TV shows like Reprisal!, The Wild Party, The Guns of Fort Petticoat, Operation Mad Ball, The Brothers Rico, Gunman’s Walk, The 7th Voyage of Sinbad, Anatomy of a Murder, The Big Circus, 1001 Arabian Nights, Great Performances, The Bing Crosby Show, and Kraft Suspense Theatre.

Who was Kathryn Grant married to?

Initially, Grant was married to Bing Crosby on October 24, 1957. The couple was had, 3 children, Harry, Mary Frances, and Nathaniel. Unfortunately, on October 14, 1977, Bing died at the age of 73 at a golf course just outside Madrid due to a heart attack.

Kathryn then exchanged wedding vows with Maurice William Sullivan on October 17, 2000. She again became the widow of her second husband Maurice on November 4, 2010, who was killed in a car accident.

Since the tragic separation from both of her spouses, the retired actress is living a low-key life. As of now, she is possibly single.

In November 2010, Kathryn and her husband Maurice met with a single-car accident in the Sierra Nevada. She was taken to Renown Regional Medical Center in Reno for treatment while her husband was killed.