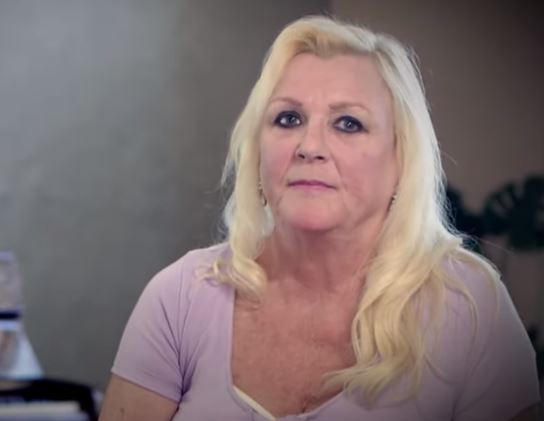 Jane gave birth to 5 children, and most of her children are singers. Her late son Aaron Carter gained popularity in the 1990s for his pop and hip-hop songs among teen audiences.

Her other son Nick Carter is a teen idol who is popular as a member of the vocal group the Backstreet Boys.

Jane Elizabeth Carter Wikipedia: Jane’s birth name is Jane Elizabeth Nee Spaulding. There is no details about her childhood and Family. Who is her husband? Check the article to know about her life story and children.

Jane Elizabeth Carter’s Husband Married Life: Why did they Divorce?

Jane was once married to Robert Gene Carter. They tied the wedding knot in New York City and welcomed their first child, a son named Nick Carter.

The couple then shifted to Ruskin, Florida, near Tampa.

The duo did not have a sound marital relationship as they often had arguments and disputes. They use to fight after consuming alcohol and other illegal substances.

Jane later knew about her husband’s cheating habit and started drinking even more. She later got a divorce from her husband after a long dispute.

Jane Elizabeth Carter gave birth to 5 children but lost two of her kids. Her first son Nick Carter was born on January 28, 1980.

She then had twin children, Angel Carter and Aaron Carter on December 7, 1987. Aaron was found dead recently in the bathtub at his California Home.

She also has a stepson named Kaden from her husband’s former relationship with a woman named Ginger Elrod. moreover, he also adopted Taelyn Dobson and Virginia Marie Carter who were born from Ginger’s previous relationship.

Jane Elizabeth Carter’s Drinking Habit and Relationship with her Kids

Carter had a drinking habit but was addicted to drinking after she knew about her husband’s cheating habit. She started drinking even more after her divorce and was also accused of not taking care of her children.

Jane didn’t have a good relationship with her children. She even talked badly about Nick’s wife and couldn’t talk to him. In an interview, she revealed that she wasn’t a good mother and ruined her family with her drinking habit.

Jane’s daughter Leslie was also a singer who died of a drug overdose on January 31, 2012. She was found unconscious at her father’s home in Mayville and passed away on the way to the hospital.

Leslie was then married to her husband Mike Ashton and had a child named Alyssa Jane Ashton.

Carter’s son Aaron opened up about his family tragedies in one interview and said:

“I think that’s one of the things that hurts Aaron the most, he just was so busy with his own life that he wasn’t there, and I think he wanted to be there for them. In his heart he feels like he could’ve done something more.”

How did her son Aaron Carter die?

Her son Aaron was found dead at his home on November 5, 2022, at the age of 34. His body was found in his bathtub by a housekeeper.

Considering his checkered history with substance abuse, we can assume that he might have died due to a substance overdose.

The singer had also missed his rehab the previous day. However, the toxicology report is yet to come.

Jane’s all children including her dead daughter are celebrities. Her son Nick Carter is a member of the vocal group the Backstreet Boys.

Besides, he has released solo albums titled Now or Never, I’m Taking Off, and All American.

Moreover, he is also a TV personality and has appeared in his own reality TV show House of Carters and I (Heart) Nick Carter.

Nick has dated famous girlfriends like Debra Lafave, Willa Ford, and Paris Hilton. He is married to a fitness expert/trainer YouTuber, WBFF fitness competitor, and actress, Lauren Michelle Kitt since 2014 and has 3 children.

Her other famous son was Aaron Carter who gained popularity as a star hip-hop artist of the 1990s. He released a self-titled studio album at the age of 9 in 1997.

Aaron was bisexual and had previously dated former beauty queen and Playboy model Kari Ann Peniche. They were engaged previously but Kari broke off the engagement after 6 days.

Carter’s daughter Bobbie is a model while her late daughter Leslie was also a singer like her brothers.

Jane’s other daughter Angel is also a singer and has also appeared in the TV show House of Carters. She is married to her husband Corey Conrad since 2014.