Where is Oksana Lada now? Everything about The Sopranos Star 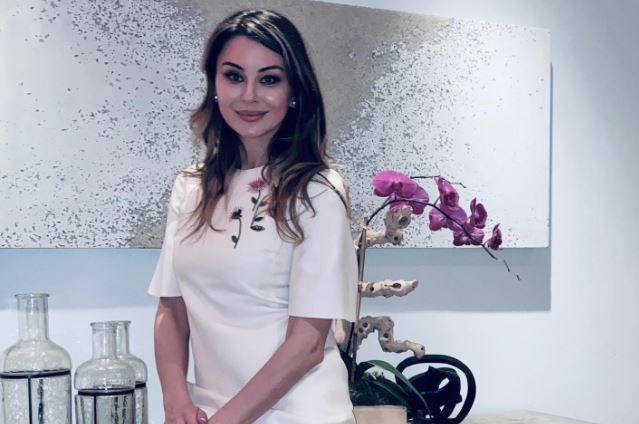 A Ukrainian actress Oksana Lada is a rising movie and TV personality who is popular for her debut role as Irina Peltsin, the mistress of Tony Soprano, on the HBO TV series The Sopranos. Besides, she also guest-starred in popular TV series like Law & Order, Orange Is the New Black, the Blacklist etc.

Oksana is not much active in acting lately. Where is she now?

Oksana was born to Ukrainian parents on 3 March 1976 in Ivano-Frankivsk, Ukraine. She holds Ukrainian citizenship and belongs to the Ukrainians ethnic group.

She joined the Ivano-Frankivsk National Technical University of Oil and Gas to study economics and engineering at the age of 20. After dropping out of school, she briefly was into modeling and then moved to the United States in her early 20s.

She studied theatre at WH Studios in New York.

Debut role in The Sopranos and Career Overview

Oksana Babiy initially worked as a dancer and background performer in the theater after emigrating to the US. She was then called up for the audition in front of Sopranos producers.

“I said OK, that’s my first [audition]. And I barely speak any English. I remember walking into the room, and there were like 10 people there, I think. David Chase was there. I don’t even remember, but there were so many people.”

Lada portrayed in The Sopranos as Irina Peltsin for 13 episodes until 2002. She then landed several other guest roles in TV series and also has movie credits in Cold Souls, The Big Take etc. She was also a cast in the Netflix original series Orange Is the New Black where she portrayed as Ulia.

Moreover, Oksana also featured in the TV series 30 Rock and has several other guest appearances to her name.

Oksana Lada, who played Irina Peltsin, mistress of Tony Soprano (James Gandolfini) in the series the Sopranos, across four seasons, is married in real life too. She is married to her husband Slava Schoot, who is also an actor.

Lada revealed in the Talking Sopranos podcast that her husband was also a cast in the Sopranos and he was the one who introduced Oksana to the casting director. Slava’s only appearance in the series was on “Denial, Anger, Acceptance” (season 1 episode 3).

“[Schoot] was a trained actor from Moscow, auditioning for The Sopranos. And a casting director asked him, ‘Do you know any actress who speaks Russian?’ He said, ‘Of course I know: my wife.’ So that’s how I got to the office of Georgianne Walken.”

Oksana, who is not much active in the TV industry since 2018, might be in other professions but has not revealed anything about her current involvement. Moreover, she reportedly is modeling in collaboration with various brands and has been earning well.

Earlier, she appeared in short roles in movies and TV series made some money for a living. She now lives a lavish lifestyle which means she is making a good income currently. Her net worth is expected to be around $1 Million.

Oksana is much active on her Instagram with the handle @oksana_ladaofficial since the invasion of Russia in Ukraine. She has been supporting her birth country Ukraine through her posts and is also involved in collecting funds and donations.

On her Insta bio, she has shared a link to the bank and has appealed to everyone to donate.

The Ukrainian actress has a tall height of 5 feet and 9 inches and weighs around 55 kg. Her body measurement is 35-26-36 and has a bra size 34B. She has gray-colored eyes with black hair.