Why is Zack Lugo famous? (Age, Siblings, Net worth, Girlfriend) 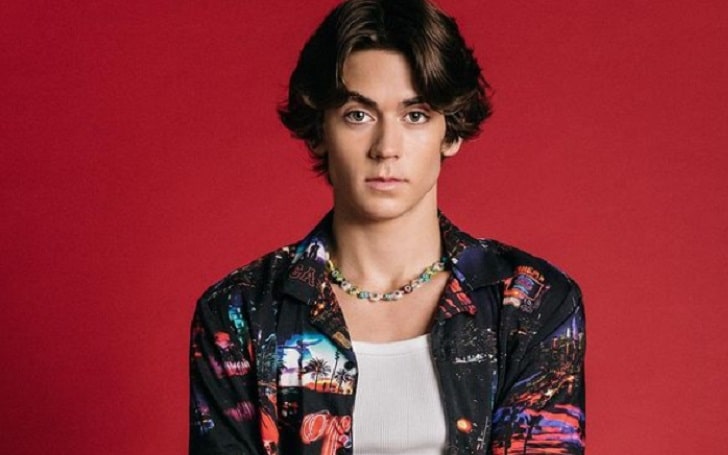 American social media star Zack Lugo is famous for sharing various content on his self-titled TikTok and Instagram account where he has garnered millions of followers. Besides, the 20-year-old internet sensation has been openly dating his lovely girlfriend, Emma Brooks who is also a fellow TikToker.

Zack Lugo was born on June 7, 2001, in southern Idaho, the US to his parents. As of early 2022, he is 20 years old. Besides, Lugo holds an American nationality and he might have a height of 5 feet 10 inches as it is the average height of an American male.

His mother, Lori Sommers Lugo raised him alongside his sister, Haylie. We can see them on some of Zack’s videos on TikTok and Instagram. His father is a businessman by profession.

Lugo started his career by uploading videos on TikTok. He is registered on TikTok as @zacklugo where he has now gained over 10.5 million followers. Furthermore, he is famous for his point-of-view (POV) videos and lip-syncs on his account. In addition, he is also a part of a TikTok group named The Zoom House.

Moreover, Lugo has also made videos on various famous songs including Trippie Redd’s track 6 Kiss. In 2019, he also attended the Get Freaky rave in Salt Lake City. Apart from that, Zack also has a strong presence on Instagram where we can follow him as @zacklugo_ gaining over 1 million followers.

On the other side, Lugo also runs his own business and he is the founder of Run Away Kid, a clothing brand. Moreover, he is associated with Next Step Talent, a talent agency.

Who is Zack Lugo’s Girlfriend?

Also a famous TikToker like Addison Rae and Peet Montzingo, Zack is leading a happy life with his loving girlfriend, Emma Brooks. As mentioned earlier, Emma is also a popular social media star and Tiktoker who has millions of followers on her accounts.

Emma and Zack have been dating each other for quite a long time. The pair often shares photos and videos on their accounts. In 2021, the couple celebrated their one year of togetherness and had also posted some snaps. Not only that but, Emma and Zack enjoyed the recent Valentine’s Day together.

Moreover, there is no news of their separation and they are happy to get each other. To get more updates on their life, we can follow them on their profiles where they make regular posts.

Know about his Girlfriend Emma

Born as Emma Brooks McAllister, Emma Brooks is a fashion model, social media star, and a Tiktoker who has millions of followers on her Instagram where she collaborates with different fashion brands and promotes the products.

The Lousiana-born celebrity is also popular on Tiktok where she posts singing, dancing, and lip-sync videos. Besides, she also has her own Youtube channel where she shares lifestyle, travel, funny, prank, fashion, and adventures videos.

Net Worth and Income Sources!!!

The successful TikTok celebrity has garnered a great fan following. Not only that, but he has added a good sum of money from his work. According to the Wiki Feed, Lugo enjoys an exceptional net worth of $1 million. No doubt, he credits all of his fortunes from his involvement in social media sites.

Similarly, Lugo makes huge money from sponsorship and endorsement deals. According to the Influencer Marketing Hub, he makes around $2,073 – $3,455 from a single sponsored post on Instagram. He can be seen collaborating with several products and fashion brands on Instagram.

A huge portion of Lugo’s earnings also comes from Tiktok which has been a great source of income lately. He has a huge fan following on TikTok and is earning $6,300 – $10,500 per video.

Zack Lugo is an avid car lover. He is fond of sporty and expensive cars and often poses with cars. He also owns a Tesla which has been his dream car.