King Kon Alum Tiriel Mora Biography: Who Is His Wife? 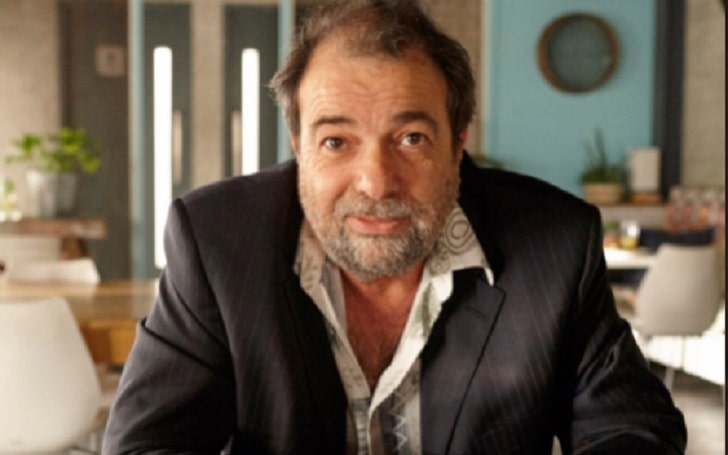 Tiriel Mora, an Australian-born Jewish actor, struggled his way up to stardom through his work in various films and television series. His role as Fruit Vendor in the movie King Kong helped him recognize the industry. Apart from that, Mora made headlines back in 2012 when he was accused of assaulting the wife of nine years Brigid.

The youngest of three children, Tiriel Mora, was born on October 19, 1958, in Australia, making his age 63 years as of early 2022. He is the son of Mirka Mora, a late French-born Australian visual artist and cultural figure and Georges Mora, a late German-born Australian entrepreneur, art dealer, patron, connoisseur and restaurateur. The actor belongs to Jewish-Polish descent from his father’s side.

Sadly, his mother, Mirka, passed away at the age of 90 at her home in Melbourne on August 27, 2018. On the other hand, Mora’s dad, George, died of a brain tumor aged 78 on June 7, 1992. He has two older brothers Philippe Mora and William Mora. His brother, Philippe, is a film director, and William is an art dealer.

In 1983, Mora made his career debut by portraying the role of Grafitti Artist in The Return of Captain Invincible. Afterward, he starred in Strikebound, Street Hero, Future Schlock, and Channel Chaos. When he appeared as Kevin Stansfield in the tv series Prisoner, his demand in the industry began rising.

The Street Hero cast later emerged in numerous films and television series, including A Thousand Skies, Neighbours, Nancy Wake, A Kink in the Picasso, The Flying Doctors, Boys from the Bush, Col’n Carpenter, Time Trax, and Newlyweds. The King Kong actor has nearly worked on 100 projects. With his notable roles in all of his films, Tiriel is one of the experienced Australian actors like Boris Kodjoe and Brittany Byrnes.

From the 2000s, he has emerged in hit films and television series like Grass Roots, SeaChange, Heroes’ Mountain, The Secret Life of Us, Shock Jock, and many more. In 2021, Mora starred in This Little Love of Mine, The Face, and The Replica. The critically acclaimed actor is currently working on his new project Sugar.

Is Tiriel Mora Still Married To His Wife, Brigid?

The Replica cast is married to his wife, Brigid. The couple enjoys a low-key life maintaining high privacy in their life. So, it is currently unclear whether they are still together or not. As there is no news regarding their separation, we can say that Mora and Brigid are still together.

Talking about his previous incident with his former wife, Mora was convicted of assaulting Brigid after a drinking session at their Blue Mountains home back in 2011. As per a report, the former couple fought. Brigid told Katoomba Local Court that Mora had put his hand around her neck. Not only that, but he was hurting her throat and was squeezing hard.

When police arrived at their Blue Mountains home, Mora was surprised. A source shows both of them had minor bruises. Moreover, it was a tragic and sad occasion for both Mora and his wife. In addition, the Face actor was given a 12-month good-behavior bond.

How Much Is Tiriel Mora’s Net Worth Now?

Online sources estimate that the Australian actor owns a net worth of around $500,000 to $1 million. Not to mention, most of his income came through his professional work as a television and film actor. With 92 credits as an actor on IMDb, Mora has surely added an abundant amount to his bank account.

Similarly, Mora has given various hit films, and in 2016, he emerged in Gods of Egypt, which was made on a total budget of $140 million. Meanwhile, it collected the box office of $150.7 million. And in the year 2013, Mora appeared in The Wolverine, whose budget was $120 million, and its box office collection was $414.8 million.