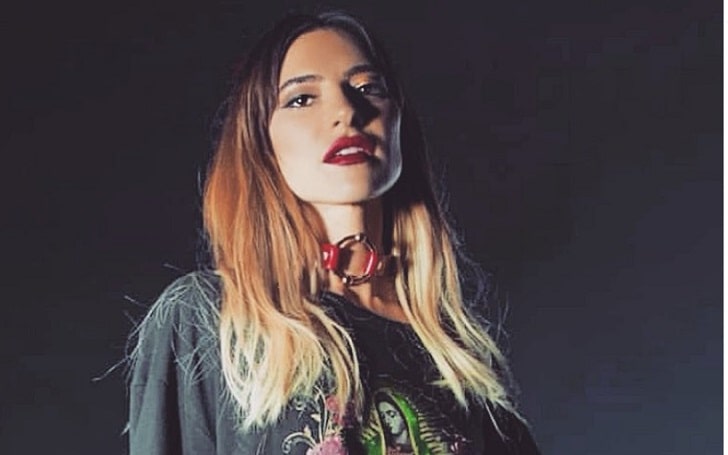 Prominent Australian singer and songwriter Lisa Origliasso garnered popularity when she formed the pop duo The Veronicas with her identical twin sister, Jessica Origliasso. Before singing, Origliasso has landed the role of Sapphire Buxton in the tv series, Cybergirl. Apart from her professional life, Lisa married Logan Huffman, an actor.

Age: Details On Her Father and Mother

Lisa Marie Origliasso was born on December 25, 1984, to her parents, Colleen Origliasso (mother) and Joseph Origliasso (father). Her parents are of Italian-Australian background. Sadly, Lisa’s mother passed away in 2021 following a battle with progressive supranuclear palsy and Lewy body dementia. The 37 years old singer also has a twin sister, Jessica and an older brother, Julian Origliasso.

Jessica is also a talented singer, while Julian is a music manager who manages the duo, The Veronicas. Lisa grew up in Albany Creek, Queensland, and together with her twin sister, she studied at Ferny Grove State High School and Wavell State High School.

Not only that, but they also have released three albums. Apart from that, the twin sisters got into acting at the age of 16 and first starred in the television series Cybergirl. She has also appeared in 90210 which stars Ashlee Petersen.

The Origliasso sisters formed another band with two of their friends named Teal in 2003 and released a single, Baby It’s Over. Besides, Lisa and her sister were able to impress many people, including music executive Hayden Bell. And in 2004, they were signed to Excalibur Productions Australia as songwriters. After that, the duo began getting offers to perform in different places worldwide.

Their debut album, The Secret Life of…, was released in 2005, which sold almost half a million copies worldwide and acquired them an ARIA Award for Best Pop Release. Their other albums and singles are Hook Me Up, Untouched, etc. In February 2009, the duo decided to take a six-month break from the group. But in 2010, the sisters reunited and began working on their third studio album.

Marital Status: Details On Her Present & Past Affairs

The 5 feet 1-inch tall singer married her husband, Logan Huffman. The romantic couple dated each other for quite a long time before getting engaged in 2016. The romantic birds exchanged the wedding vows on November 4, 2018. They wedded in a vintage-inspired marriage set on the Sunshine Coast, Queensland.

Apart from Lisa’s married to Logan, she was formerly linked with another guy. According to her IMDb profile, she was engaged to then-boyfriend Dean Geyer in April 2008, but they broke up in July 2008. Likewise, Lisa was rumored to be dating Reeve Carney, but the fact never came into the limelight. Now, the talented singer is living a blissful life with her husband, Logan, a prominent American actor.

This outstanding singer holds a whopping net worth of $5 million. She earns a good amount of money from her musical career. The significant source of her income comes from album sales and tours. Also, Lisa earns something from collaboration, endorsements, and sponsorship.

In Australia, the average salary of a singer is $105024. So, as a prominent singer and songwriter, Origliasso must be earning in the same range. On the other hand, Lisa has decent followers on her Instagram handle, where she is registered as @lisa_veronica. According to the Influencer Marketing Hub, Lisa makes $602.25 – $1,003.75 from a single sponsored post on Instagram.