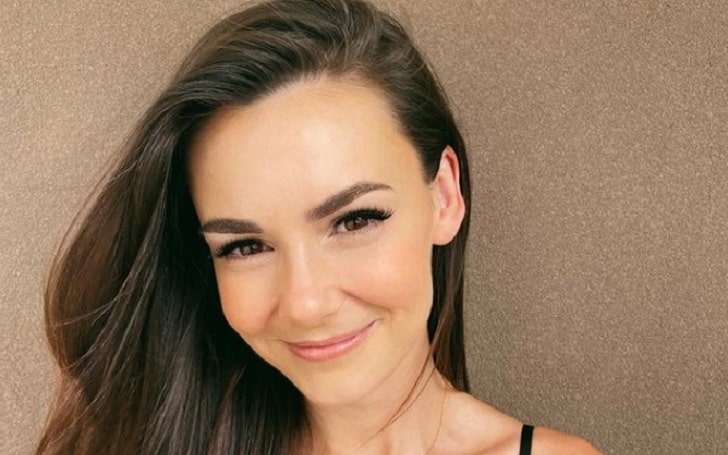 Brittany Byrnes is arguably Australia’s prominent actress who is famous for her role in H2O: Just Add Water as Charlotte Watsford. The AFI Award-nominated actress also gained fame for her role as Natasha Green in the 2005 television film Little Oberon. Besides, she has lost weight and is a big supporter and follower of the veganism style.

Brittany Byrnes was born on July 31, 1987, in Australia making her age 34 years now. The actress spent most of her early days in the suburbs of Sydney alongside her younger sister Keeara Byrnes. Also, she is close to her niece Harlow. The Australian actress stands at the height of 5 feet 10 inches (1.78m).

Byrnes was interested in pursuing a career in the entertainment industry from an early age. So, she started training at the age of four at the Bradshaw Dancers Performing Arts Academy. And she also attended Terra Sancta College in Quakers Hill. After completing her education, she got engaged in the film line as a theatre actress.

Insights On Her Career

Since the age of seven, Brynes started acting. She got her first role in the movie Babe. But her debut project came in 1994 after she landed the role of Rachel Stewart in the tv series Heartbreak High. Following year, Brynes also got a chance to appear in G.P. Since then, Brynes has also starred in Twisted, Children’s Hospital, Breakers, The Violent Earth, BeastMaster, etc.

From 1998 to 2000, the Babe star also starred in Search for Treasure Island. Likewise, we can see her appearance in Little Oberon, Scorched, Swimming Upstream, and many more. Her fame increased more after she played the part of Charlotte in H2O: Just Add Water. In addition, H2O: Just Add Water also stars Burgess Abernethy and Jordan Patrick Smith.

Furthermore, her last project was released in 2018, When Sally Left Steve where she appeared as Sally. Before that, she arrived in Wonderland and We Are Darren and Riley. In 2005, she was nominated for the Young Actor’s Award for her work in Little Oberon.

Personal Life: Who Is Her Boyfriend or Husband?

The Little Oberon star is single and does not have a boyfriend. Her recent post on Instagram does not suggest anything about her husband or partner. So, it can be said that she is single and is enjoying a solitary life.

Little Oberon alum is of secretive nature who prefers keeping her love life far from the media. Talking more about her personal life, people have noticed her weight loss. Meanwhile, she is engaged in fitness and odes regular workout. Not only that, she is a big proponent and follower of the veganism style of living and doesn’t eat meat or animal products. Due to her healthy diet, Brynes looks completely fit and her body is amazing.

The multi-talented Australian actress reportedly has a net worth of around $3 million. But some sources claims, her net value is somewhere between $3 million to $5 million. Additionally, the average salary of an actress in Australia is $115,846. So, Brynes might be making in the same range. Also, she is strongly active on Instagram and her estimated earning from a single post is around $158.25 – $263.75.

The actress has starred in various big-budget movies that have also collected a good profit. so, she must have gained a fair return. In 1995, Brynes worked in Babe that had a budget of $30 million which box collection was $254.1 million. Also, she emerged in Mermaids that had a whopping budget of $60 million.