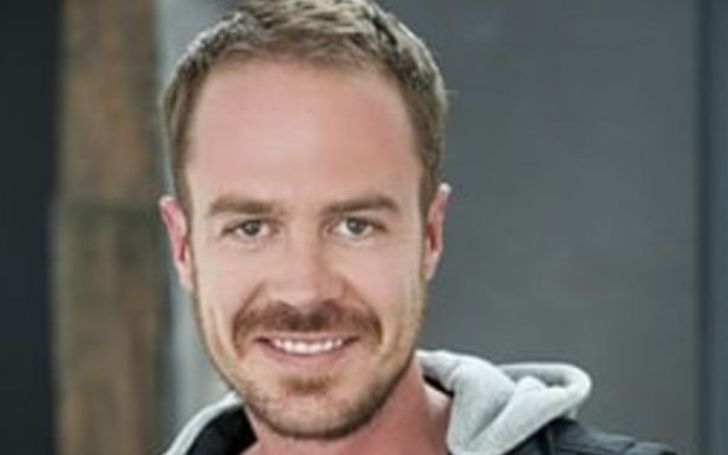 Burgess Abernethy is an Australian actor who is very famous for his appearance in the AFI award-winning series H2O: Just Add Water. In 2018, he played the role of Prince William in Lifetime’s biopic, Harry & Meghan: A Royal Romance.

Burgess Abernethy was born on February 21, 1987, in Gold Coast, Australia, under the birth sign Pisces. He is of Australian nationality and belongs to Aussie ethnicity. As of 2020, he is 33 years old.

Apart from this, there is no information related to his early life such as parents siblings, education, and so on are not available.

The 33 years old Burgess Abernethy seems to be enjoying his life single as of now but previously, he was in a dating relationship with Australian model Jordan Loukas.

The former couple met each other for the first time back in 2009 and soon after that started dating. After several years of relationship, they parted their ways due to some personal reasons which they didn’t prefer to officiate.

Once there was a huge rumor of him being in a relationship with H2O: Just Add Water co-star Cariba Heine. They were also seen sharing pictures of them together on social media platforms, however, they neither confirmed nor denied it. Still, they are speculated to be together.

His Net Worth and Acting Career

The Australian actor, Burgess Abernethy has a estimated net worth of $0.5 million as of 2020. In Australia, the actor is getting paid around $21 (AU$30) per hour and $40,007 per year, so he also might be getting in the same range depending upon his experience.

While talking about his career, he started acting back in 2000 after appearing in the TV series, BeastMaster as Young Dar. Following this, she appeared in the series such as Home and Away, Blue Water High, All Saints.

His career got huge limelight after he appeared in the hit series, H2O: Just Add Water as Zane. In the series, he has shared the screen alongside Luke Mitchell, Claire Holt, Phoebe Tonkin, among others.

Following this, he has appeared in TV movies and series such as Dance Academy, Crownies, Peter Allen: Not the Boy Next Door, Hoges, In the Middle, Australia Day, Harry & Meghan: A Royal Romance and iZombie.