Aaron Paul And Lauren Parsekian Married In 2013: Their Relationship Timeline And Kids 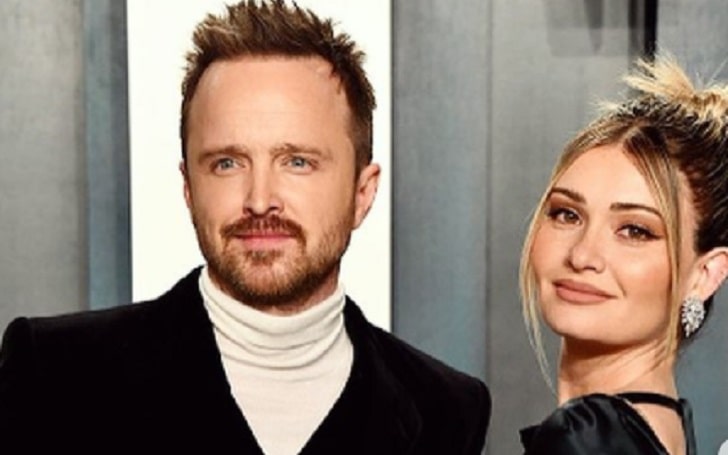 Aaron Paul is America’s prominent actor and producer widely identified for playing Jesse Pinkman on AMC’s Breaking Bad, though he also starred on The Path and Black Mirror. The talented guy is happily hitched with his wife, Lauren Parsekian. His wife is an American director and actress known for appearing in Finding Kind (2011).

The couple has gained public attention when they married in a lavish wedding ceremony. Lauren’s dress also caught people’s eyes. How many kids do they have? Continue exploring everything you need to know about the pair’s relationship.

Paul and Parsekian are both engaged in the showbiz industry. Their relationship made a huge headline. The pair first crossed paths at Coachella in 2009. They got together at the music festival one year later and shared their first kiss on the iconic Ferris wheel. Some reports also show that the couple almost tied the knot on their first date. And their first was in Las Vegas.

The romantic duo got engaged on New Year’s Eve in 2011 while the pair was vacationing in Paris. In 2014, the Need For Speed actor unveiled he knew he wanted to spend the rest of his life with Parsekian on their very first date. Additionally, Aaron had said that they had never fought.

The duo exchanged the knot on May 26, 2013. The lavish ceremony took place at the Cottage Pavilion at Calamigos Ranch in Malibu, California. Aaron’s one-time Breaking Bad co-star, Bryan Cranston, was groomsman because that’s what frenemies are for. Likewise, they had a 1920s Parisian carnival-themed reception that contained mimes and stilt-walkers.

Furthermore, the bride, Parsekian, wore a strapless gown that peeks directly out of a Disney movie, along with white boots and luscious waves. Moreover, Foster the People and John Mayer performed. Paul also emailed the song Beauty by The Shivers to everyone on the guest index and requested them to learn the words to sing along during the rite.

How Many Kids Do They Have?

Together the pair has a cute daughter Story Annabelle Paul. She was born in February 2018. They often share pictures with her on their Instagram account. Likewise, they will be the parents of their second child soon. On December 2, 2021, the news was announced via Instagram. Paul posted a photo on Instagram saying he can’t wait to meet you, number 2.

For now, the happy and small family of three resides in the Los Feliz neighborhood of Los Angeles. They sold their previous home in West Hollywood. Apart from that, the family lives a lavish life as Aaron has a net worth estimated over $20 million. He takes around $200 Thousand Per Episode.