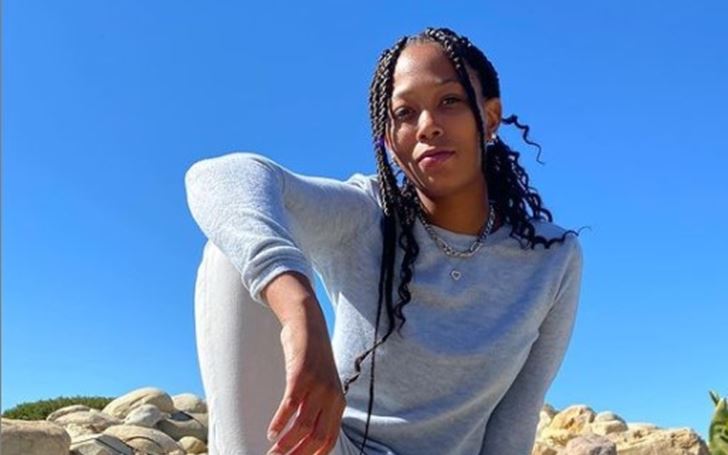 The rapper is also known for her role in the movie I Got The Hook Up 2 and A mother’s choice. Her siblings Romeo Miller, Itali Miller, and Veno Miller are also popular celebrities.

Her father is an American rap sensation, “No Limit Records” owner, and a former NBA player. Her mother is a former rapper and an R&B singer but left singing to look after the kids.

The rapper got her high school certification from Calabasas High School, California, United States. Also, she is in the local university of California, the US completing her bachelor’s in Architecture.

The star kid is keen on learning sports, music, and rap along with her studies.

The actress has seven siblings; three sisters and four brothers, and altogether they are eight of them.

Her sister Tytyana died of possible substance abuse on May 30, 2022.

Inty is a rapper and is popular by her stage name Princess Inty. She is an independent artist and has released her raps on SoundCloud. She released her first That Real Love in 2017 and her second You Know I See You sometimes later.

Moreover, Inty is also an actress and has appeared in short roles in several movies. She made her debut in acting in the Family/Drama film A Mother’s Choice. She also starred in the documentary series Futurescape with James Woods in 2013.

Miller is quite popular among the youngster and rappers. Also, being born into a celebrity family, she was in the limelight since the day she was born.

However, the singer has maintained her personal life away from the media. Apart from that, she had just begun her career; that might be the reason, she is also focusing on her career and maintaining her life secret.

What is Inty Miller’s Net Worth?

The net worth of Inty Miller in 2021 is $500k as per the resources. At the age of 25, she is on the verge of becoming a millionaire. Her major source of income is through her professional acting career, singing, and as a rapper.