Master P’s Daughter Itali Miller Biography: Who are her Siblings? 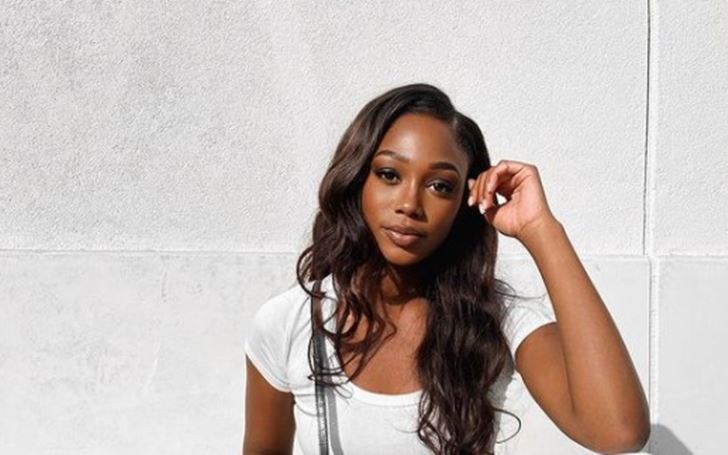 Itali Miller is an American actress widely recognized as the daughter of the legendary rapper, multi-millionaire, and former NBA player Master P AKA Percy Robert Miller.

The star kid is also a model and a social media personality. She is famous for her role in the movie I Got The Hook Up 2, A mother’s choice, and Flip The Scripts: Kids Reality Special.

Who Is Her Parents? Father?

Itali Miller was born on January 8, 1999, to his father, Percy Robert Miller, and his mother, Sonya C Miller.

Her father is one of the greatest rappers of the time and owns a record label, No Limits records. He has worked with stars like Snoop Dogg, Tru, Mia X, KLC, Magic, Fiend, etc.

Likewise,  her mother, Sonya C, is also one of the members of the band Tru. She is a rapper. In the ’90s, she got her album released Married to Mob.

Later, she left music to raise her children. The ex-couple shares eight kids together.

Miller has seven siblings; three sisters and four brothers, and altogether they are eight of them.

Who Is Itali Miller’s Boyfriend?

Back in 2014, I Got The Hook Up 2 star was linked with Joe Carballo, the son of Warner Brothers Record President, Rob Carballo, as per rumors.

Later, the rumors turned false, and her boyfriend was Joey Cavallo from her eighth grade in 2014.

However, while surfing around her Instagram, she has now posted numerous pictures with a boy, who is believed to be her boyfriend. The star kid keeps posting her boyfriend’s pictures, but she keeps his name and other details secret.

What is Itali Miller’s Net Worth?

The actress has made a good amount of sum from her last three movies.

Flip The Scripts: Kids Reality Special star flaunts her beauty and elegance yet she also flashes her lavish life by showing her different cars while traveling.