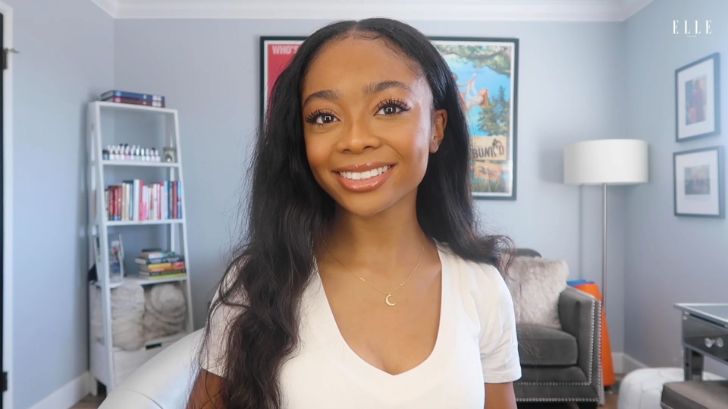 Skai Jackson is an American actress famous for the portrayal of Zuri Ross on the series Bunk’d (2015-2018). Similarly, she is also known for playing the various roles in The Rebound, Arthur, and The Smurfs.

Is Skai Jackson Related To Michael Jackson? How Old Is She?

Skai Jackson was born on April 8, 2002, in New York, the United States. She holds an American nationality and belongs to the black ethnicity.

Her father, Jacob Jackson is an actor while the mother is Kiya Cole. She has a brother and a sister, however, their names are yet not available. Most people are curious to know if she is related to Michael Jackson. Neither Skai nor her parents have any connection with him.

How Rich Is The Bunk’d Actress Skai Jackson?

Jackson began her professional journey at a very young age. When she was 9 years when she first appeared on the small screen. She started as a child model and featured in various national commercials for Old Navy, Band-Aid bandages, Pepsi, and Coca-Cola.

Skai made her acting debut with an independent movie Liberty Kid in 2007. After that, she appeared in films and series such as Rescue Me, The Rebound, Arthur, Team Umizoomi, Royal Pains, Kick Buttowski: Suburban Daredevil, Broadwalk Empire, and Bubble Guppies.

Jessie’s actress then acted in the television show Bunk’d (2015–2018) alongside Peyton List, Kevin Quinn, Mallory James Mahoney, Scarlett Estevez, Israel Johnson, and Trevor Tordjman. In 2020, she self-appeared as a contestant in the dance competition television series Dancing with the Stars.

At a very young age, the Bunk’d actress has gathered a hefty sum from her rising acting career. As per the Celebrity Net Worth, Skai Jackson has an estimated net worth of $500,000.

18 years old Jackson is currently single. She has kept her love life under wraps. There are no details regarding her dating history. Currently, Skai is concentrated on her studies and flourishing career rather than any romantic relationship.

Talking about Jackson’s personal life, she is a fun-loving person. In her free time, she loves doing fashion designing.