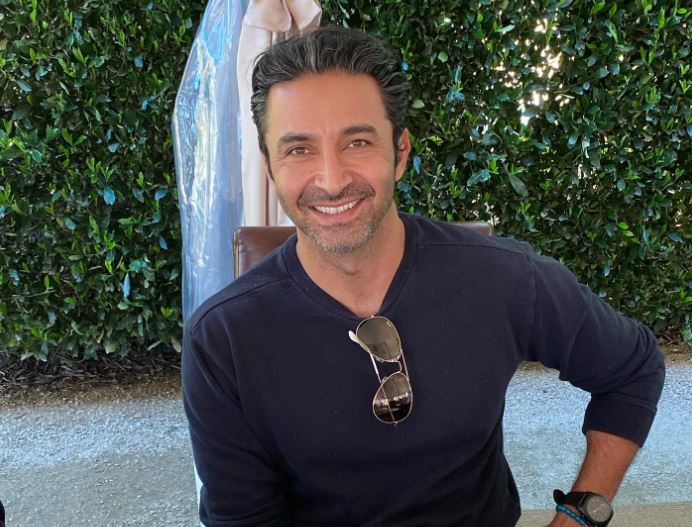 Pej Vahdat is an American actor who is famous for his appearance as Arastoo Vaziri in Bones from 2009 to 2017. In 2022, he was also a cast of the CW reboot series Dynasty as Dex Dexter for the fifth season.

Pej is one of the lead actors in the upcoming American thriller television series The Old Man where he played the role of Young Hamzad.

His mother’s name is Nasrin Vahdat and also has a sister named Parastoo Emami.

His ancestors are German and Pej also spent some time in Frankfurt as a child. He later moved to San Jose, California, U.S, and attended school and high school. He enrolled at San Diego State University where he was a tennis player for the college.

Vahdat also played tennis professionally for some time before making his full-time debut in acting.

Pej made his debut on television with Finding the Endzone in 2004. He then appeared in Sleeper Cell in 2005 and landed a role in the American soap opera General Hospital.

He made short appearances in several TV series like Windfall, NCIS, The Unit, etc. Thereafter, Pej got an offer to star in the American crime procedural comedy-drama television series Bones in 2009 through which he gained huge fame.

Vahdat has also appeared in Grey’s Anatomy, Shameless, Dallas, Sneaky Pete, Lucifer, The Good Doctor, Arrow, Empire, and many more. In 2022, he appeared in the fifth season of the CW reboot series Dynasty.

Pej Vahdat is a part of the TV series The Old Man which is going to release on June 16 where he appears alongside his co-stars Naina Michaud, Andrei Runtso, and Noor Razooky, etc.

Pej Vahdat is married to his beautiful wife Nars who goes by @narsisattar on Instagram. The couple is in a relationship for around 2 decades.

They first met in July 2003 and have been together since then. There is no details about their wedding.

His wife is a resident physician at Harvard’s MASS GENERAL HOSPITAL. She did her undergrad at Berkeley and attended Med School. She completed her Ph.D. at The University of California, Los Angeles.

On their 15th anniversary in 2018, Vahdat wished his wife through an Instagram post and recalled his very first moment with his partner. He wrote:

15 YEARS ago I saw this beautiful girlacross the street in a white skirt talking to her friend. I almost dropped my ice cream sandwich( that’s not a joke) I was so struck by her beauty. I didn’t have the courage to go and talk to her because I have ZERO game. So I just said, no biggie just another gorgeous girl in LA. But for some weird reason I couldn’t get her out of my head. Even the next day just picturing her face was making me smile. THE very next night I luckily saw the friend she was talking to and immediately went to her and asked “who was your friend in the white skirt you were talking to last night.” Thankfully she didn’t run away and told me “that’s My friend Narsis” I said well I think she’s gorgeous here’s my number please tell her to call me.” Thank God 2 weeks later I got a call from the love of my life. Happy anniversary @narsisattar#mylove

Pej Vahdat has been earning good fame and money from his TV career. He reportedly charges a couple of thousands per episode from his TV appearance.

His high-earning TV series are Bones, General Hospital, Shameless, and Empire, through which he reportedly made thousands of dollars. Besides, he also earns some from his movies and commercials.

Vahdat lives a very luxurious life with his income and properties. His net worth as of 2022 is around $500,000.

Read: ‘Interceptor’ Star Rhys Muldoon Biography: Everything about his Wife and Children