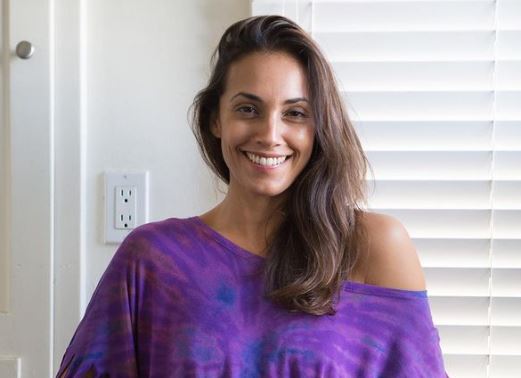 Naina Michaud is a Canadian-American actress who is known for her roles in the Amazon movie Escape: Puzzle of Fear, This Game’s Called Murder, Hulu’s East Los High and Light as a Feather, and The Social Network.

Moreover, Naina is set to appear in FX’s American thriller series the Old Man which will release on June 16.

Naina Michaud was born in Ontario, Canada, to a French father and an East Indian mother.

She was raised in Philadelphia, PA, but was sent to India at the age of 8 where she attended British Boarding School in Bangalore, India.

She holds dual citizenship of America and Canada and is a mix of half East Indian and half French races.

She also spent some time in Paris where she attended the university.

She then enrolled at Penn State University in 1997 and graduated with a Bachelor of Science degree in Management Science & Information Systems (MS&IS) in 2001.

Naina worked as an IT consultant at Accenture and Smart and Associates, LLPSmart for more than 3 years before her TV career.

Michaud started acting in theatre plays in around 2006 and also appeared in Tangerine Sunset, You Could Be Here Now, and Shakespeare’s Pathwork.

Naina then made her television debut in the short film Lock It Up Dog in a supporting role and also starred in movies titled Soulmates, Stags, Treasure of the Black Jaguar, etc.

She then appeared in recurring roles in the TV series Blackbox TV and Hulu’s East Los High and was a major cast in Hulu’s Light as a Feather.

Her upcoming project is a FOX TV Mini-Series, “The Old Man” where she appears opposite Jeff Bridges and along with other stars like Pej Vahdat, Andrei Runtso, and Noor Razooky, etc.

No, Naina is still unmarried and doesn’t have a husband. She reportedly is single at the moment and often spends time with her family.

The old man actress loves spending time with her niece and frequently shares photos with them on her Instagram.

She has also shared some pictures with a handsome man who is reported to be her co-actor.

Earnings from Movies/ TV Series and Commercial: What’s her Net worth?

The East Los High actress has been in the industry since 2006 but hasn’t got any major project to date. She mostly appears in low-budget movies and makes lesser money in comparison.

Naina earns a couple of thousand dollars per episode from her TV appearances and also makes some income from movies.

Moreover, she earns well from commercials. She has over 55 Commercial Bookings as a Principal Performer and appeared in 35 Print Campaigns worldwide.

Michaud is an active social media user and has accounts on Instagram and Twitter. She is available on Instagram with the handle @nainamichaud where she is followed by more than 15k fans.

The Los Angeles-based actress also has the website nainamichaud.com. She has made a resume of her works and projects on her website.

Naina is fluent in three languages- French, Hindi, and English. She has lived in four countries and spent a good time there.

Michaud is a very good piano player and trained at Chronos Studios for 13 years.