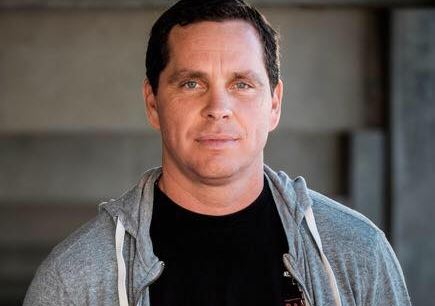 Andrei Runtso is a Belarusian actor and former hockey player. He is known for his works in The Greatest Showman (2017), Jean-Claude Van Johnson (2016), and The Amazing Spider-Man 2 (2014).

Runtso is also a cast in the upcoming TV series The Old Man which will premiere in July 2022.

Moreover, he is a former pro-hockey player who last played for Knoxville Speed in the UHL. He also serves as a hockey coach.

Andrei Runtso was born on January 18, 1971, in Minsk, Belarus. He is 51 years old and holds a Belarusian nationality.

He attended the Belarusian State University of Physical Culture.

Runtso started his professional hockey career with Torpedo Minsk in Belarusian League in 1993. After two seasons, he joined Yunost Minsk and transferred to Angers in 1998.

The next season, he played for San Diego Gulls and ended his career at Knoxville Speed.

He has been working as a coach since his retirement.

Andrei joined the film industry as a stuntman and has worked in Agents of S.H.I.E.L.D. episodes The Asset, The Hub, Repairs, The Bridge, The Magical Place, Seeds, T.R.A.C.K.S., The One Who Will Save Us All, and The Force of Gravity.

He is a cast member of The Old Man alongside Pej Vahdat and Naina Michaud in the upcoming FX series The Old Man.

Andrei Runtso has mentioned on his Instagram bio that he is married and is also a father. Scrolling through his Facebook, we got to know that he has a beautiful wife and a son.

However, he has kept his Instagram private so we couldn’t find any information about his wife and son.

Andrei Runtso works as a stuntman in Hollywood movies and has been getting a good paycheck. He reportedly earns $100,000 on average annually as a stuntman.

Besides, Andrei also serves as a hockey coach through which he makes additional income.

Previously, he played professional hockey for several clubs in Belarus, France, and United States. In his 8-year career, he might have earned more than $100,000.

Andrei is on Instagram @runtsoandrei but has kept it private.