Scott Patterson Biography And Net Worth 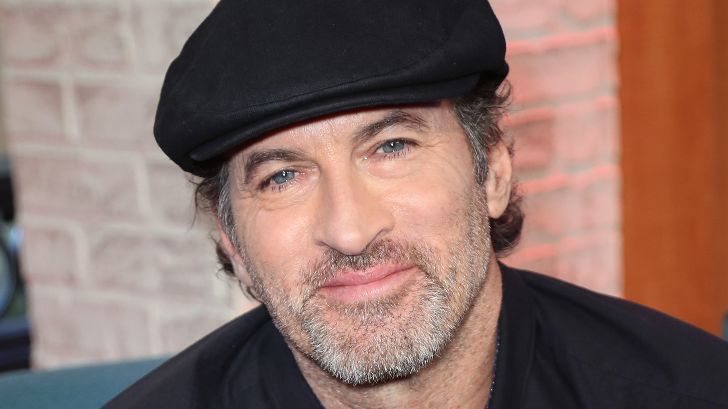 Scott Patterson spends 7 years of his life as a professional pitcher in minor league baseball (1980-1986) is an American actor and musician. As an actor, he is famous for his performance in Gilmore Girls, The Event, and Alien Nation: Dark Horizon.

What Is Scott Patterson Height? What Is His Age?

Scott Patterson was born Scott Gordon Patterson on September 11, 1958, in Philadelphia, Pennsylvania. Currently, he is 62 years old and his height is 6 feet or 183 cm.

Patterson’s mother, Hope Gordon was a journalist, actress, and homemaker while the father, Frank Patterson was an advertising executive. He has three siblings, Abigail, Judy, and Barbara.

Scott Patterson started his acting career with the film Intent to Kill in 1992. After that, he appeared in Little Big League, Revenge of the Nerds, Her Best Move, Highway 395, Rhapsody in Bloom, and Other People’s Children.

Furthermore, Gilmore Girls‘ actor is also a part of TV shows like Justice League Unlimited, Aliens in America, 90210, The Event, CSI: Miami, Love at the Christmas Table, Kidnapped: The Hannah Anderson Story, and Gilmore Girls: A Year in the Life.

So far, 6 feet tall actor has altogether 42 acting credits under his name. Scott Patterson has an estimated net worth of $15 million as of Celebrity Net Worth.

Who Is Scott Patterson’s Wife?

Scott currently lives in Los Angeles. He has been married to his wife Kristine Saryan since 2001. Together, the couple shares a child, son, Nick (born 2015).

Previously, in 1983, Patterson exchanged wedding vows with Vera Davich. Later, he divorced his ex-wife in 1985.