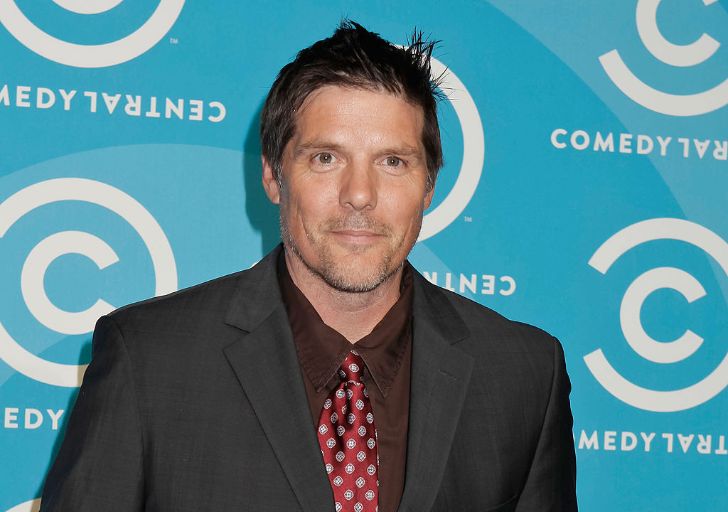 American actor and director Paul Johansson completes over 3 decades in the film industry. He is famous for playing the role of the villainous father, Dan Scott, on the series One Tree Hill.

Moreover, he is also popular for his performances in The Boondock Saints II: All Saints Day, Atlas Shrugged: Part I, and John Q.

His father was Earl Johnson (ice hockey player) while the mother was Joanne Leone Johansson. He has a sibling, Pete Johansson. He is a well-known American comedian who performs all over the world.

Talking about Johansson’s education, he attended Kelowna Secondary School. Later, he went to The University of British Columbia.

How Much Is Paul Johansson Worth? His Movies & TV Shows

The 57 years old is contributing in the entertainment field since 1989. So far, he altogether 75 acting credits and 6 directing credits under his name. Paul Johansson currently has an estimated net worth of $500,000 as of Celebrity Net Worth.

He made his acting debut playing Blair Brennan/Bolt in the 1991 comedy film Soapdish. After that, he acted in some films like Martial Law 2: Undercover, Carnival of Souls, Glory Glory, John Q, and Edge of Madness. Also, he appeared in television shows such as Santa Barbara, They Came from Outer Space, Parker Lewis Can’t Lose, Beverly Hills, 90210, Lonesome Dove: The Series, Lonesome Dove: The Outlaw Years, and Highlander: The Raven.

Finally, Johansson earned popularity after his performance in the drama series One Tree Hill. He portrayed the role of Dan Scott (2003–2012) in the shows alongside Chad Michael Murray, Lee Norris, Austin Nichols, Lisa Goldstein, and Hilarie Burton.

Besides that, he also worked as director in Sacrifice, Van Helsing, One Tree Hill (14 episodes), Atlas Shrugged: Part I, The Incredible Mrs. Ritchie (writer), and Conversations in Limbo (writer). Likewise, he is an executive producer of God Is A Bullet and Check, Please!

Have A Look: Ben Koldyke Net Worth

One Tree Hill Johansson is both married and divorced. As per reports, he is dating Stephanie Ann at the moment. Back on October 14, 2019, he shared a picture kissing his current girlfriend along with the caption, “Some things are real” on his Instagram.

Previously, he was married to an actress Gabriela Oltean. The couple walked down the aisle on March 25, 2001, and later, end their marriage in 2005. Paul along with his ex-wife shares a child, a son named Quinn Johansson.