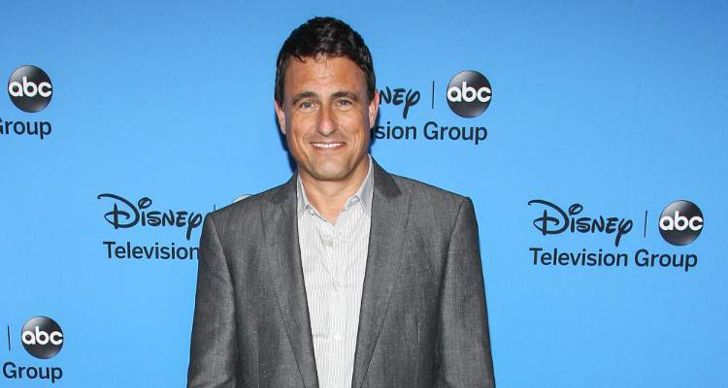 Benjamin Koldyke popular with the stage name Ben Koldyke is an American actor. He is famous as Jimmy Hoper in Mr. Robinson and Donald Bangs in The Finest Hours.

Besides that, Ben is also a director and writer known for Jedi Gym, Red Zone, and Osama Bin Laden: Behind the Madness (Video). Before pursuing his entertainment career, he was a high school English teacher and football coach.

How Old Is Ben Koldke? What Is His Height?

Koldyke attended Choate Rosemary Hall. Later, he graduated from Dartmouth College holding a bachelor’s degree in English in 1991. During his college days, he used to play a quarterback for the football team.

How Much Is The Net Worth Of Ben Koldyke?

Professional since 2000, the multi-talented star has altogether 28 acting credits, 3 directing credits, and 3 writing credits. Ben Koldyke has an estimated net worth of $7 million as of Celebrity Net Worth.

Celebrates Over 2 Decades In The Industry: His Movies & Career

Koldyke has been active in the film industry for over two decades. He made his acting debut as Kelly’s boyfriend in the 2000 movie The Next Best Thing.

Eventually, in 2015, the former football coach came to the spotlight after playing Jimmy in the sitcom Mr. Robinson starring Craig Robinson, Spencer Grammer, and Amandla Stenberg.

His other notable acting credits include Masters of Sex, Curb Your Enthusiasm, Silicon Valley, and The Good Place. He also portrayed Seaman Richard Livesey in the film The Finest Hours (2016) with Chris Pine, John Ortiz, and Holliday Grainger.

Besides that, 52 years old also worked as director and writer in Jedi Gym, Red Zone, and Osama Bin Laden: Behind the Madness (Video).

At the moment, Ben is living a luxurious lifestyle. He lives in his lavish 2,276 square feet mansion in Santa Monica, California.

Previously, Koldyke purchased the house paying $1.45 million. Currently, the villa featuring 3 bedroom and 2 bathrooms is listed with a market price for $3.895 million.

Ben Koldyke was married to Psych actress Maggie Lawson. The couple exchanged wedding vows on August 8, 2015, in a ceremony at his family’s ranch in Las Vegas, New Mexico. Unfortunately, the duo divorced in 2017.

Koldyke is active on Instagram and Facebook. Exploring his Instagram, we get to know he is in a relationship with Charlotte Freund. Both the couple frequently uploads cozy their picture on their social media.