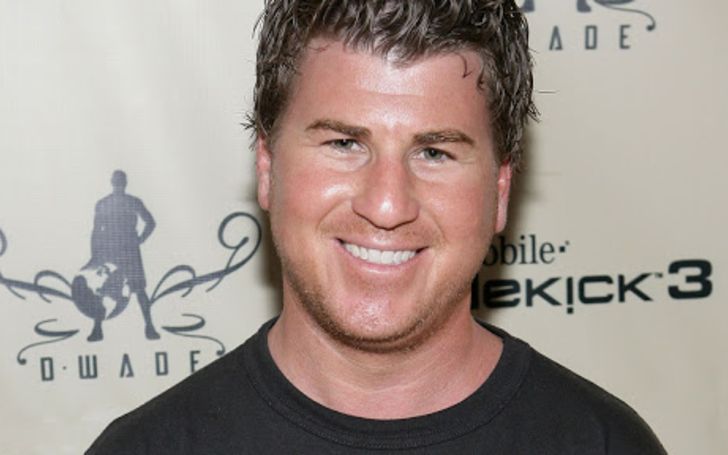 American actor, television producer, and former public relations agent, Jason Hervey has been working as a actor since 1979 and has around 40 acting credits in his name. Among all, he is well known for his portrayal in the TV series named The Wonder Years as a Wayne Arnold.

How much is Jason Hervey worth?

Jason Hervey has a net worth of $2 million as of 2021 from his career as a actor, television producer, and former public relations agent.

Hervey started his career as a actor back in 1979 from his appearance in the TV series named Trapper John, M.D. After this, he worked in several movies and series and some of them are The Love Boat, ABC Afterschool Specials, Meatballs Part II, Police Academy 2: Their First Assignment, Pee-wee’s Big Adventure, Diff’rent Strokes, The Monster Squad, Kids Incorporated, The Wonder Years, Love Boat: The Next Wave, 100 Deeds for Eddie McDowd, TNA iMPACT! Wrestling.

He is very famous for his appearance in the American coming-of-age comedy-drama television series, The Wonder Years created by Neal Marlens and Carol Black. The cast of the series includes Fred Savage, Dan Lauria, Alley Mills, Danica McKellar.

Previously he served as a Senior Vice President of Media and Communications for HealthSouth Corporation from 2001 to 2003 until that would lead to a fraud scandal. Later on, he sued the company demanding $300,000 in compensation.

Aged 48, Jason Hervey is a married man. He has shared the wedding vows with Shannon Hervey back in 1998 and since then the pair is going very strong together.

The pair has shared twin kids: Shaina Hervey and Sam Hervey. Jason is also a stepfather to other two kids from his wife’s previous marriage.

Back in 1994, Jason married Kelley Patricia O’Neill but a year later they ended up in divorce.

Jason Hervey was born as a Jason Robert Hervey on April 6, 1972 in Los Angeles, California, U.S. He is the son of Marsha(talent agent) and Alan Hervey(retail sales manager).

What happened to Jason Hervey?

Back in 2003 he returned to his native Los Angeles. As of now he work as a wrestling events producers.

Why did wonder years get Cancelled?

As per the Alley Mills the show was canceled after groundless sexual harassment suit filed against Jason Hervey and  Fred Savage by crew member.

Who played Eddie Pinetti on The Wonder Years?