Who Is Eric Allan Kramer? His Net Worth, Age, Height, Movies and Twitter 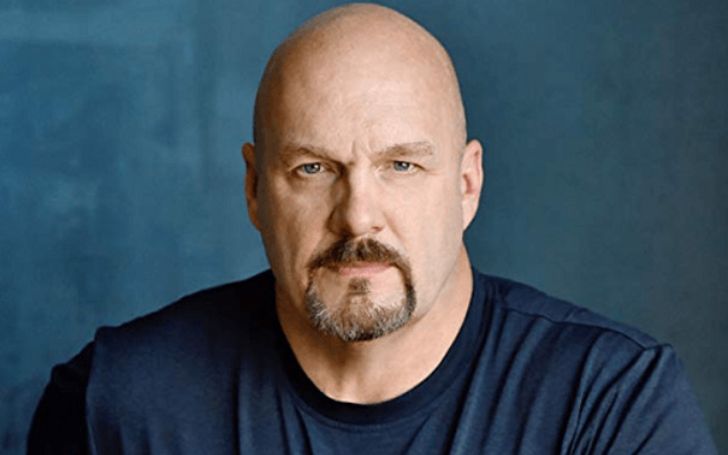 American–Canadian actor and fight choreographer, Eric Allan Kramer is famous for his portrayal in the Disney TV series named Good Luck Charlie as Bob Duncan. Also, he is known for his work in Robin Hood: Men in Tights, True Romance, and The Incredible Hulk Returns.

Eric Allan Kramer was born under the birth sign Aries on March 26, 1962, in Grand Rapids, Michigan, U.S. He is of American nationality while his ethnicity is not known.

He is son of Roger Kramer who is an American athlete and former professional Canadian Football League. His father was named  CFL All-Star in 1963 and 1964.

Regarding education, he completed his schooling at Jasper Place High School in Alberta, Canada. Later on, he joined the University of Alberta in Edmonton from where he completed his Bachelor’s degree in Fine Art. After the completion of his degree, he started his acting career in the theater as well as onscreen. Also, he worked as a fight choreographer.

He has the tell height of 6 feet 3 inches.

Was Eric Allan Kramer in an episode of Fuller House?

Yes, Eric Allan Kramer was in an episode of Fuller House. He made his guest appearance in the episode named “Something Borrowed” in the series. the name of his character is Kurt.

The series created by Jeff Franklin airs as a Netflix original series. Well, it is the sequel to the 1987–1995 television series Full House. The cast of the show includes Candace Cameron Bure, Jodie Sweetin, Andrea Barber.

While talking about his career, in brief, he has more than 100 acting credits in his name to this date. Some of his notable work includes Robin Hood: Men in Tights, Good Luck Charlie, True Romance, The Hughleys, American Wedding, Men Behaving Badly, Doctor Doctor, CSI: Crime Scene Investigation, Lois & Clark: The New Adventures of Superman, Days Gone, and The Incredible Hulk Returns.

While he was filming Good Luck Charlie, he lost around 260 pounds. Strict diet and regular workout at the gym led to loss his fat and build more muscle.

The 59 years old, Eric Allan Kramer has preferred to keep his peronsl life secretive due to which there are different rumors and speculation about his status.

Some of the sources has claimed that he is married to a lady named James Bonci in 2013 and also has shared. But the actor has denied the statement. After this, many of his fans has speculated him to be a member of the LGBTQ community.

However to this date, he has not reveled single detail regarding his sexual orientation.