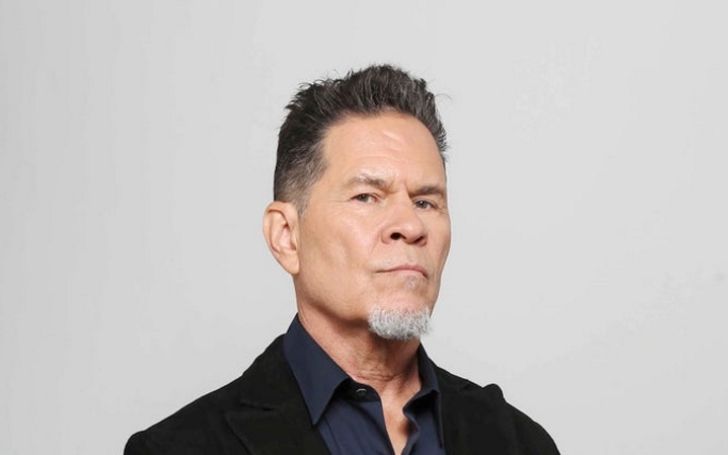 A Martinez is an American actor and singer who has been active in entertainment since 1968. He has worked in several movies and series and some of his notable work is One Life to Live, General Hospital, Santa Barbara, Days of Our Lives, Powwow Highway, The Cowboys, and Curse of Chucky.

How old is a Martinez?

A Martinez was born as Adolfo Larrue Martínez III on September 27, 1948, in Glendale, California, U.S. He is of American nationality and belongs to mixed ethnicity. Well, his family referred to him as A Martinez Or Little A to distinguish him from his father and grandfather.

Talking about education, he joined Sunland Elementary School and Mt. Gleason Junior High School. Later on he completed his graduation from Verdugo Hills High School in Tujunga, Los Angeles, CA. During his high school days he was in a rock band and was on the track team.

He joined University of California to study political science but later on he did his graduation in acting.

Is a Martinez Indian?

No, A Martinez is not Indian. He is of Piegan Blackfeet and Northern European on his mother’s side and Mexican and Apache on his father’s side.

The 72 years old, A Martinez is a married man. He is currently married to Leslie Bryans. They shared the wedding vows in the year 1982 after a short period of dating relationship. Together they have shared three kids: a son and two daughters.

Previously he was married to actress Mare Winningham for a brief period in 1981. However, the pair never revealed the reason for thier separation.

As of now he resides in Thousand Oaks, California after moving from Malibu in 2014.

Here is the list of some of his movies appearance which has earned huge in box office.

While talking about his career in brief, he started his career as a singer when he was around 12 years old. Even he was able to win talent competition title at the Hollywood Bowl.

While talking about his acting career, he made his debut from his appearance in the movie named The Young Animals. After this, he has worked in several movies and series and some of his notable work include Mission: Impossible, Hunters Are for Killing, The Man and the City, The Abduction of Saint Anne, What Really Happened to the Class of ’65?, Police Story: Confessions of a Lady Cop, Manhunt: Search for the Night Stalker, Once Upon a Wedding, Criminal Minds, Days of Our Lives.