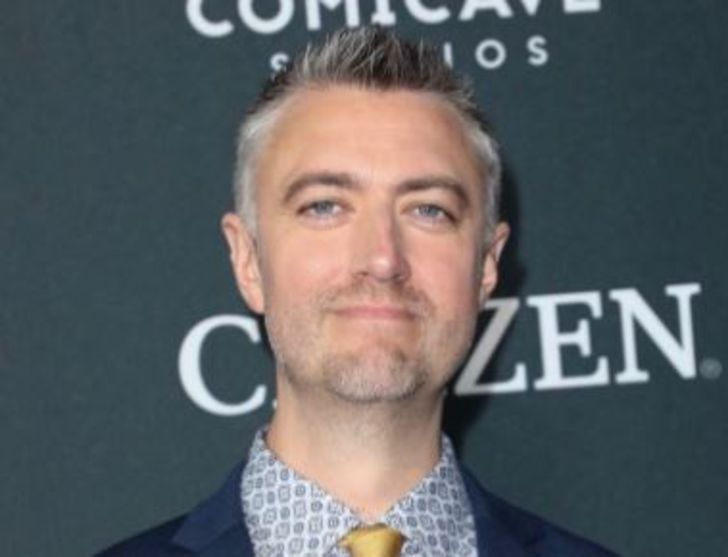 Gunn graduated from Jesuit St. Louis University High School in 1992. Later, in 1996, he certified from The Theatre School at DePaul University.

How Much Is Sean Gunn Worth? His Movies and TV Shows

Gunn made his acting debut with the 1996 film Tromeo and Juliet. After that, he appeared in films and series like Stricken, The Auteur Theory, Any Day Now, Angel, The Specials, Brutally Normal, and The Richards Show.

Finally, in 2000, Sean tasted fame for playing the role of Kirk Gleason in the comedy-drama series Gilmore Girls. In the television show, he worked till 2007 (137 episodes) alongside Lauren Graham, Alexis Bledel, Melissa McCarthy, Keiko Agena, Kelly Bishop, and Liz Torres.

Also, 6 feet tall actor’s other notable acting credits include Going to California, The Morning After, H+, October Road, Andy Richter Controls the Universe, Ordinary World, The Hive, The Belko Experiment, and others.

In 2021, he would play the role of DC Comics supervillains John Monroe / Weasel in the upcoming superhero movie The Suicide Squad. His other post-productions acting films credit are I Am Mortal, Agnes, Guardians of the Galaxy Vol. 3, and Thor: Love and Thunder.

46 years old actor has so far over 55 acting credits. As per the Celebrity Net Worth, Sean Gunn has an estimated net worth of $6 million.

Guardians of the Galaxy actor Sean Gunn is a married man. He exchanged wedding vows to Natasha Halevi on June 15, 2019, in Southern California’s Catalina Island.

Gunn’s wife Natasha is an actress and director. She is popular for her roles in B.C.Butcher and Lunch Break Feminist Club. Currently, he is living a blissful life with his spouse in St. Louis.