Andie MacDowell’s Daughter Rainey Qualley Biography: Who Is Her Boyfriend? 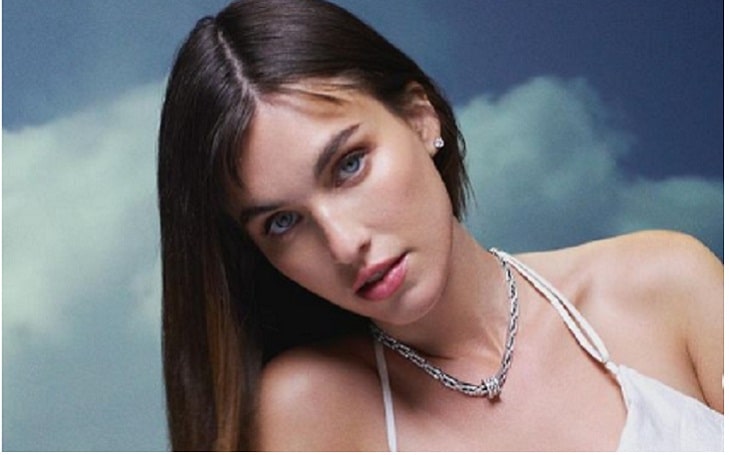 Rainey Qualley is a prominent American actress and talented country singer who came into the limelight after releasing her single Turn Me On Like The Radio and Me and Johnny Cash. Qualley also gained fame as the daughter of an American actress and fashion model, Andie MacDowell.

Where is the famous celebrity daughter now? Does she have a boyfriend?

Born on March 11, 1989, Qualley is 31 years old and holds an American nationality. She is pretty close to her parents, Andie MacDowell (mother) and Paul Qualley (father). The star kid is a New York City native but was raised in North Carolina.

Not only that, she has two siblings: an older brother, Justin and a younger sister, Margaret. Her younger sister is also an actress who has been in the showbiz industry since 2011. Meanwhile, Qualley started her dancing career at the age of two and was crowned Miss Golden Globe in 2012.

Apart from that, her father and mother both are famous in the entertainment industry. Her father Paul is a former model who has appeared in several ads and runways.

Qualley has been in the entertainment field since 2012, working in varieties of projects. Her debut movie came in 2012 after she portrayed the role of Maddie Fine in Mighty Fine. In 2014, she appeared in Pink & Baby Blue as Stall Girl, which was directed by Catrin Hedström. The talented singer made a cameo appearance as herself in Ocean’s 8. Her other movie credits include Devil Town, Ultrasound, Mad Men, Bolt Driver, etc.

Rainey releases and writes music under the name Rainsford. She released a song Too Close in 2016, which many people loved. Following year, she released another song, Rendezvous. And her debut extended play Emotional Support Animal came in 2018. The Ultrasound star released two songs in 2019, Passionate and Open Open. Moreover, Qualley is also identified for her music 2 Cents and Crying in the Mirror, which she released in the year 2020.

The multi-talented personality has also collaborated with several artists. Qualley was featured by Twin Shadow on two songs on his fourth studio album. Apart from that, she has received praises from numerous people and was also honored with some titles. Additionally, her mother, Andie, is widely popular for her portrayal in the movies such as Groundhog Day, Hudson Hawk, Maid, Wireless, and many more.

Who Is Her Boyfriend?

The Devil Town star is happily dating her boyfriend, Lewis. The romantic duo has been together for around one and a half years and is still leading a blissful life. She often features her lover on her Instagram handle, where she is registered as @rainsford.

The couple celebrated their 1 years anniversary in September. Not much is known about her future husband, but we learned, Lew celebrates his birthday on January 29, thanks to her IG account. Rainey wished him through an Instagram post on his birthday, where she wrote:

The actress is at the prime time of her career so she might be focusing on her career. None of the media sources have covered the news regarding her marriage date. So, we can expect Qualley to share more details regarding her love life in the future. At the moment, she is maintaining a low profile life like other figures including Stephan Farmiga and Daniella Liben.

Her Past Affairs and Boyfriends

The Ultrasound star was rumored to dating a model Miles Garber. They became close to each other while filming the 2017 song Sweet Spot and briefly dated. However, they have already split.

Before that, she was in a relationship with her Mighty Fine co-actor Richard Kohnke, who also played her boyfriend in the movie, in 2011. The couple met on the set for the first time and later moved together to Los Angeles.

“I just moved out to L.A. with my boyfriend, Richard Kohnke, who actually plays my boyfriend in the movie. We met filming and hit it off! My mom was very weary of Richard at first because she thought he was too good looking to be nice. He’s a great guy.”

The couple dated for around five years and parted ways. The reason behind their separation is still unknown.

Her Sister Margaret’s Boyfriend and Past Affairs

Her younger sister has dated several celebrities so far. She is currently dating Jack Antonoff who is a musician and a music producer.

Besides this, she was also linked with Fault in Our Stars actor Nat Wolff for some time. She was also rumored to be dating SNL’s Pete Davidson but she never confirmed her relationship with him.

During the first corona break, she was close to Shia LaBeouf who she met while making a music video. They were also spotted together quite often but parted ways as soon as Shia was accused of assault by his ex-girlfriend.

Her parents met while posing for Gap ads and began dating each other in the 1980s. They got married after some time in 1986. They became parents of their three children: Justin, Rainey, and Margaret.

Andie and Paul separated after 13 years of married life in 1999. Her mother then dated actor Dennis Quaid for a year and broke up. She then began her relationship with former high school classmate, Rhett Hartzog and married him in 2001. They later divorced in 2004.

Her successful career in the entertainment industry has paid her well. So, she surely enjoys a decent net worth which is speculated to be around $400,000. In the United States, the average salary received by a singer is $157782 a year. And an actress makes around $91401 a year. No doubt, Qualley has gained in the same range.

On the other side, her mother also has a massive fortune worth over $20 million. She has made every penny from her work in the showbiz industry. Besides, Qualley has worked in several big-budget movies from where she might have received a fair sum of profit.

In 2018, she starred in Ocean’s Eight, which had a budget of $70 million, and it collected a box office of $297.7 million. Likewise, Ocean’s Eight star makes money from sponsorship and endorsement deals. As per the Influencer Marketing Hub, she gains around $357 – $595 from a single post.