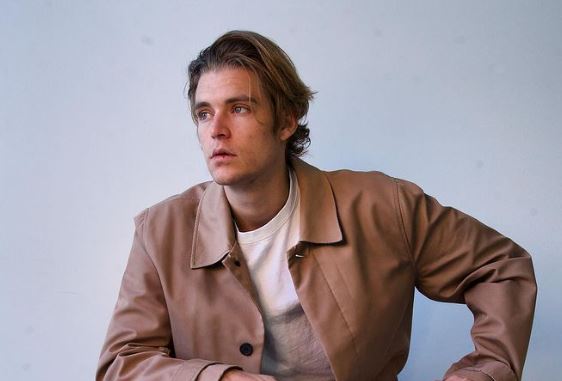 Nicholas Van Varenberg has had a short role in Hollywood movies but never has made an impact with his acting. He is still in the limelight, all thanks to his father Jean-Claude Van Damme.

Nicholas is the son of father Van Damme with his fourth wife Darcy LaPier.

The couple first met in 1994 on the set of Streetfighter where Van Damme played the role of Colonel William F. Guile while Darcy portrayed as Guile’s date.

They soon had an affair and married the same year leaving their partners.

Darcy and Jean-Claude became the parents of their son Nicolas in 1995. However, the relationship was not the same after that as they split in 1997.

Nicolas currently lives with his mother and two halfsiblings named Sterling and Maddison from his mother’s other marriages.

He has two half-siblings named Kris Van Damme and Bianca Brigitte Van Damme from his father’s side.

Arrested and Sentenced to 18 Months Probation

Nicolas was arrested and charged with multiple crimes in 2018. He was taken into custody by Tempe police for holding his roommate at knifepoint, and possession of marijuana.

He was later found guilty and sentenced to 18 months of probation in Maricopa County, Arizona.

As per the police report, the son of an action star was caught punching the wall of an elevator by the camera and had also injured his hand.

The police checked on him and as soon as they left, his roommate called them again and reported that Van Varenberg held him at knifepoint. Police even found the knife and marijuana.

Nicolas’ father has married 5 times and so does his mother.

His mother was first married to Maria Rodriguez from 1980 to 1984. He then tied the knot with his second wife Cynthia Derderian in 1985 and divorced her after three months.

After that, he started dating a bodybuilder and actress Gladys Portugues and wedded her in 1987. Moreover, they share two children, a son named Kristopher Van Varenberg, and a daughter named Bianca Bree.

Van Damme and Portugues split in 1992 and married Darcy.

After his divorce from Darcy, he reunited with Gladys and remarried in 1999.

They married in 1991 and became parents of a daughter Sterling.

While still married to Ron, she had an affair with Jean-Claude. They were married from 1994 to 1997.

Darcy then married Herbalife founder Mark R. Huges in 1999 on Valentine’s Day at Beverly Hills Presbyterian Church. However, her husband died in 2000.

His father has starred in popular movies like Death Impact, Streetfight, Kickboxer, and The Expendables 2, and had voice roles in the Kung Fu Panda franchise.

Likewise, Nicholas’ mother Dary LaPier is also a former model and actress who made her movie debut with Think Big in 1989 and also starred in Street Fighter with Nicolas’ father.

The celebrity son is active on Instagram and is quite popular. His account @nicvandamme is followed by more than 12k people.

In his Insta bio, he has mentioned that he is an actor and also a Writer Play on Demand. Moreover, he is also an artist and has shared his art on an Instagram account @nicvandammepaints.

Besides, he has shared several photos of his lifestyle, travel, and fun on his account.