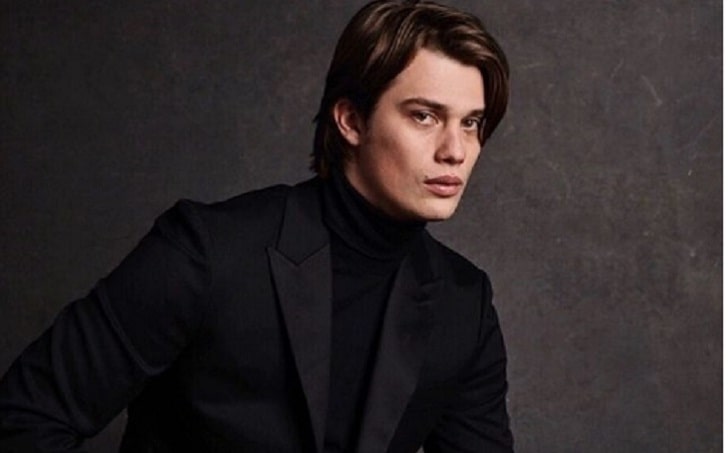 Nicholas Galitzine is an English actor who is most well known for his starring role in High Strung and The Beat Beneath My Feet. The talented actor played rugby and football and participated in county-level athletics competitions at an early age.

Nicholas Galitzine was born on September 29, 1994, in London, the United Kingdom making his age 27 years old now. Holding English nationality, Galitzine stands at the height of 6 feet (1.83 m). His parents, Geoffrey Galitzine and Lora, raised him together with their daughter Lexi Galitzine. Her sibling is an illustrator and interior stylist. Galitzine’s father is an entrepreneur from a family of Russian princes, a city financier whose interests retain a glass-recycling enterprise.

Galitzine attended Dulwich College in London. Later, he went to a youth theatre company at the Pleasance in Islington to seek his burgeoning devotion for acting. After graduation, Nicholas got professionally active in the showbiz industry.

Since 2014, Galitzine has been working actively in the film industry working on various projects with numerous professionals. His debut came in 2014 after portraying Tom in The Beat Beneath My Feet. In 2015, he landed the role of Johnnie Blackwell in the movie High Strung. Furthermore, the actor got more media attention after appearing in the tv movie, The Watcher in the Woods.

Similarly, he was cast for his first major TV role in the Netflix horror drama series Chambers. Galitzine can be seen in the drama film Share, released in 2019. His work in The Craft: Legacy, where he played the character of the bisexual teenager Timmy.

His other credits are Cinderella, Chambers, Share, The Watcher in the Woods, The Changeover, Handsome Devil, etc. Additionally, he has also performed in The Beat Beneath My Feet. In the movie, High Strung, he has worked alongside Denise Crosby and in Chambers, he appeared together with Francesca Capaldi.

Who Is Nicholas Galitzine’s Wife? Girlfriend?

It appears that Share alum is single as of now because he hasn’t shared any photographs with a significant one on social media. Meanwhile, the Cinderalla cast was rumored to be together with his Chambers co-star Lilli Kay.

Neither of them has ever confirmed if they actually dated. However, Galitzine shares various photos with his friends, and people think some of them might be his girlfriend. While the actor holds his love life away from the limelight, Nicholas is very verbal about his friendship with actress Gideon Adlon.

The prominent English actor has added a good sum of money from his profession as an actor, and he also gains some profit from brand endorsements. Further, his net worth is calculated at around $6 million. Galitzine has a strong presence on Instagram and his estimated earning from a single pot on Instagram is $1,774.5 – $2,957.5.

Similarly, the actor is featured in several magazines, including Icon Magazine and the magazine’s model salaries currently range between $28,500 to $61,000. And the moderate pay received by an actor in the UK is £23,803 per year or £12.21 per hour. So, Nicholas might receive the amount in the same range.